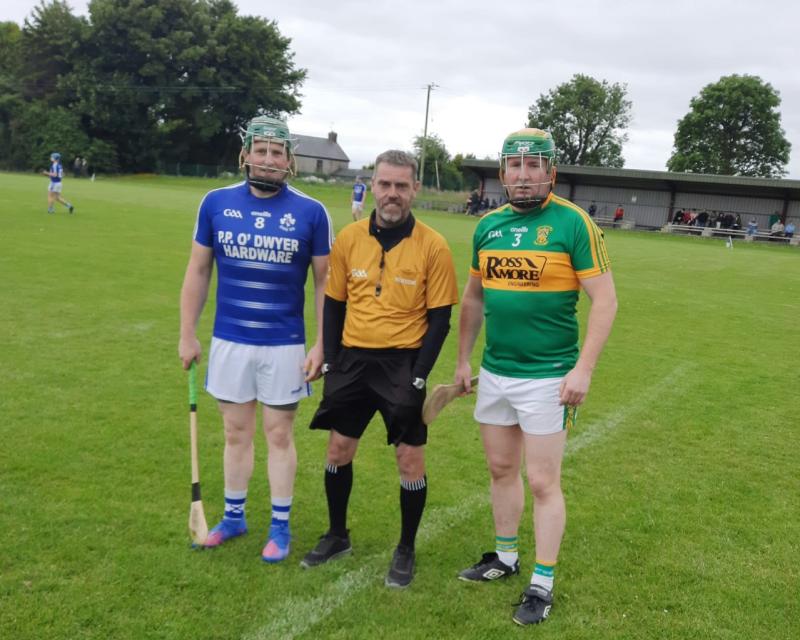 Holders, Clonoulty/Rossmore, got their Tipperary Co-Op West Junior B Hurling Championship up and running with a thirteen point victory over Eire Og at Annacarty on Sunday. Played in dry conditions with a wind blowing towards the road end, this game was evenly balanced during the opening fifteen minutes, with the sides level on five occasions. An Anthony Kearney goal on the quarter hour mark edged Clonoulty to the front and they went on to outscore the home side by six points to one in the final ten minutes before the break, to lead by 1.13 to 0.9.

Two minutes after the restart, Kearney was on hand to crash home goal number two and stretch the lead further. Cathal Ryan (Raymond) hit goal number three on eighteen minutes, while Connie Bradshaw goaled for the home side from a twenty meter free with seven minutes remaining. However it was Clonoulty who finished the stronger with two Cathal Ryan (Raymond) converted frees closing out the game.

Anthony Kearney got the scoreboard ticking over inside the opening minute when he put over at the far end. Nicky Mockler doubled this advantage two minutes later before Connie Bradshaw and Jack Kingston tied the game almost immediately. Kevin Maher and Liam Og O’Dwyer exchanged points and this trend continued up to the thirteenth minute when Connie Bradshaw tied the game for the fifth time at 0.6 all.

Clonoulty added goal number two after the break, when Kearney crashed home at the road end to put nine between the sides. From this on Eire Og struggled, with the visitors defence on top, led by Andrew Quirke on the edge of the square, while their forwards were always threatening and found scores easier to put away. Cathal Ryan (Raymond) added a third goal, before Connie Bradshaw pulled one back for the home side when he crashed home a twenty meter free. Daniel Kelly had an earlier effort brilliantly saved by Jason O’Dwyer, but overall the visitors found scores easier to come by on the day, and ran out easy victors.

Prior to the throw in a minute’s silence was observed in memory of the late Willie Corbett, a former player and lifelong supporter of Eire Óg GAA.