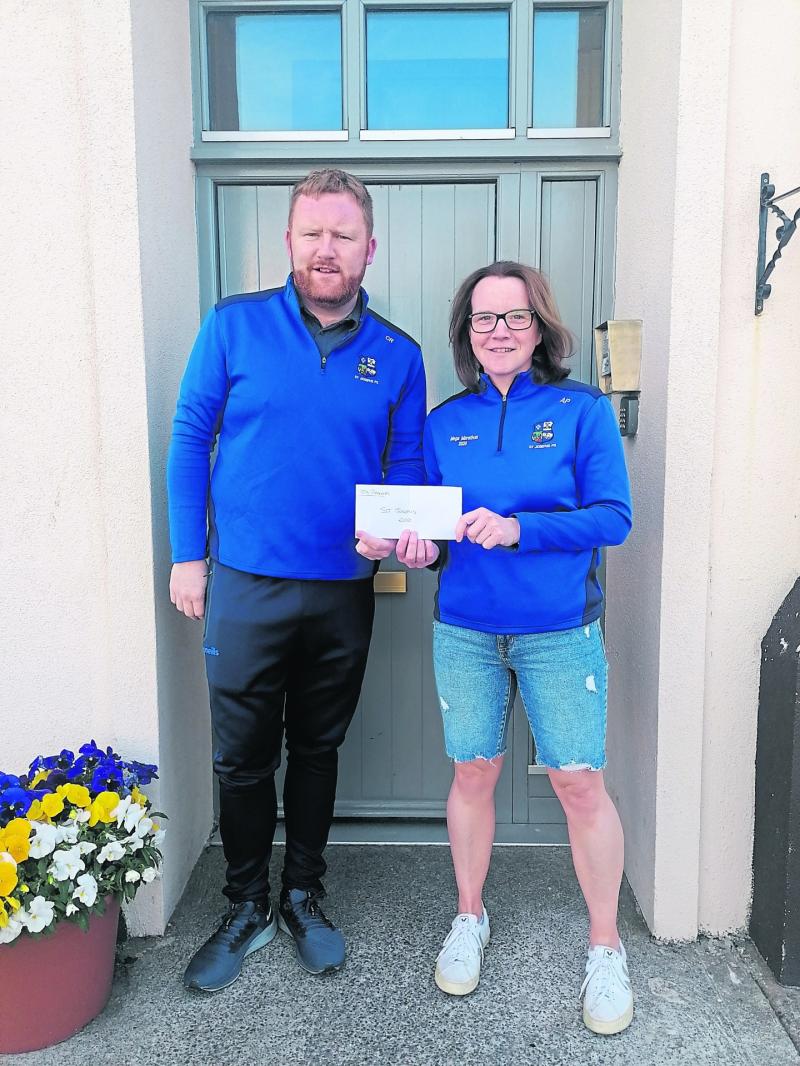 Hard luck to our Senior footballers who lost out to Clonmel Commercials after extra time in the Division 1 League final played in Boherlahan last Saturday evening.

Although Brackens played with a stiff breeze in the opening half it was Clonmel who struck first with a Cian Smith point from play in the third minute.

Scores were slow to come early on and there was ten minutes on the clock before Brackens registered their opening score- a goal from Lorcan Egan following a fine team move.

Two Sean O'Connor frees restored parity to end the opening quarter. An excellent kick from distance from Shane Doyle and a free from Jack Kennedy put Brackens two up after twenty minutes.

Jason Lonergan replied from play for Commercials in the 23rd minute before Jack Kennedy landed the final two points of the opening half (one free) to leave Brackens 1-4 to 0-4 ahead at the short whistle.
With wind advantage in the second half Commercials looked to be in a strong position and when Jason Lonergan (free) and Cian Smith landed two points in the opening four minutes the gap was down to the minimum.

Brackens responded well with an excellent David O'Shea point from play followed by a Kennedy free to restore their three-point advantage. Clonmel goalkeeper Michael O'Reilly landed a free from distance to cut the lead to two with twenty minutes remaining. Commercials were coming on strong, but Brackens were well organised defensively.

They did break the cover in the 42nd minute but Kevin Fahey's thunderbolt came back off the crossbar. Three minutes later they won a penalty, but this time Sean O'Connor's effort was superbly saved by Kuba Beben who was having an excellent game between the sticks.

This gave Brackens a huge lift and another Kennedy free had them three ahead at the three-quarter stage (1-7 to 0-7).

Smith added his third point from play in the 48th minute, quickly followed by another from Lonergan to leave one in it with ten to play. Clonmel poured forward but Brackens remained defiant, repelling repeated advances from the Southerners.

But a late Sean O'Connor free drew the sides level before Tom Loughnane's final whistle signalled extra time.
Clonmel continued with the advantage and opened a two-point lead thanks to points from Jason Lonergan and Sean O'Connor (free).

But they were rocked right back on their heels when Brackens landed the score of the day. An excellent team move, begun by James Corcoran and finished to the net by Jack Kennedy saw Brackens back in front once more (2-7 to 0-12).

Back came Clonmel however and a quick free from Michael O'Reilly to the unmarked Michael Quinlivan saw him strike superbly to the net to put them two up again before another Kennedy free left one in it at half time.

Well done to Tipperary minor hurlers who recorded a magnificent victory against Galway in Sunday's All-Ireland Minor hurling semi-final which was played in Limerick. Jamie Ormond was introduced as a late sub while Ray Doyle was a selector. They now go forward to face Offaly in the final in Nowlan Park on July 3rd at 1.30pm.

All details will be confirmed soon. Let's hope they both emulate their brothers and bring home All-Ireland glory. Well done lads and best of luck to all involved.

Congratulations to Andy Maher Jnr who claimed tonight's 50/50 Jackpot worth €412. Andy bought his winning ticket online. Remember you can join the draw by simply clicking on the link below. Draw takes place every Saturday night. This weekend sees both our junior hurling teams open their championship campaigns.

A sluggish first half saw them trail by 1-6 to 0-2 at the break and despite a significant improvement in the second half the ‘Church ran out 1-13 to 0-9 winners.