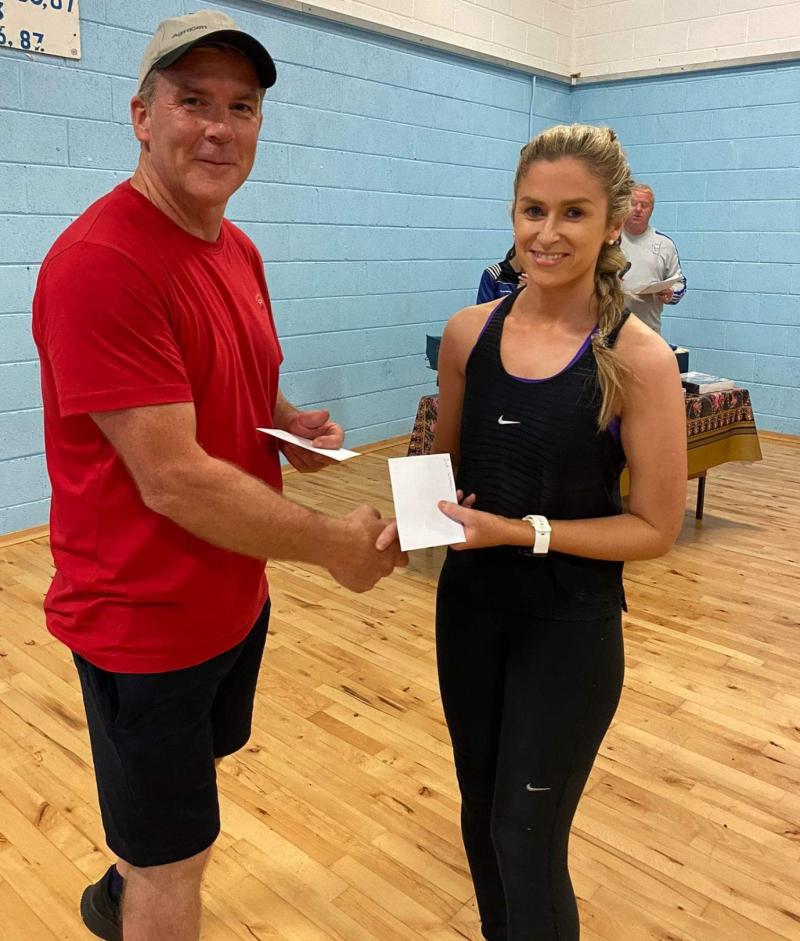 DAVE FOGARTY 4 MILE
The Dave Fogarty 4 Mile was held on Thursday last in Thurles and hosted by Thurles Crokes AC. We had four athletes competing over the hilly course. First home for the club was 20th John Kelly 26:49. He was closely followed by 22nd Mary Keane 26:58 who was second woman; another great run by Mary. Next we had 43rd Stephen McDonald 29:45 and 45th Michael Moore 29:56.

NATIONAL SENIOR TRACK AND FIELD
The National Senior Track and Field championships were held at Morton Stadium in Dublin on Saturday and Sunday last.

On Saturday, Dymphna Ryan competed in the 1,500m with 29 athletes in an event split into two heats, with the final on Sunday. The top six from each heat plus the three fastest losers qualified for the final. Dymphna ran in the second heat and kept in the leading group until the final lap as the leading six increased the pace. She finished 11th with a time 4:45:67, with her PB of 4:41:57 set recently on June 6. It would have required a new PB time to make the final at this senior level. She was 21st overall across the two heats. Dymphna is now looking forward to All-Ireland Masters 1,500m on August 13, competing in Over 40 category.

Kevin Moore competed on Sunday in the 5,000m. There were A, B and C heats. B and C were pooled together over two heats. Kevin ran in Heat 1, placing 20th in 14:50.92, which would have placed him 2nd in Heat 2.
It was great to see our two prominent athletes competing at national level amongst the best.

COILLTE 10K
Our Annual Coillte 10k is only a week away, on Wednesday July 6 at 8pm. There is also a 5k for junior atheltes. All finishers get a quality embroidered hand towel. All runners are asked to register online at https://www.itsyourrace. com/EventSchedule.aspx? id=13702