The A team had home advantage against Upperchurch on Sunday evening 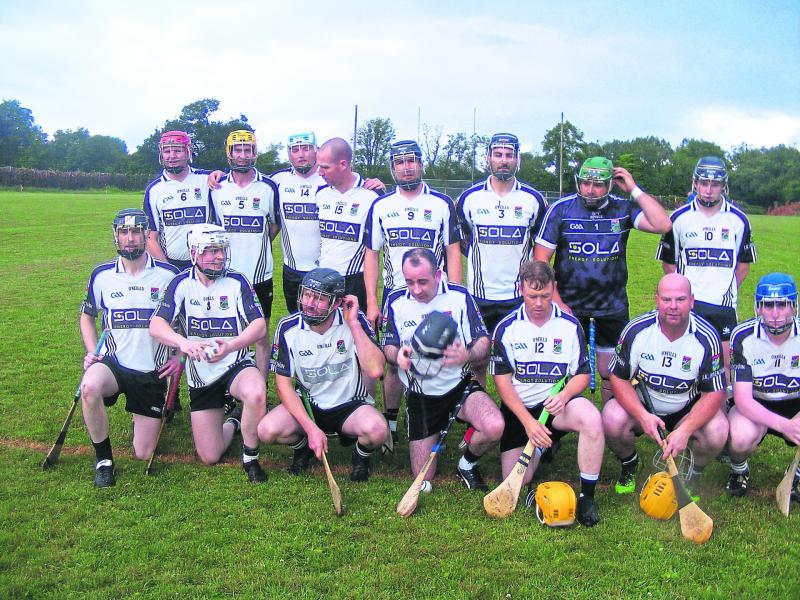 Our Junior hurlers took centre stage last weekend with both teams recording opening round victories.
Our B team were first into action when they travelled to Clonakenny on Friday night to take on the home side.

The wet and windy conditions, coupled with a very firm surface, made for tricky conditions. Brackens opened well with Nicky Madden and Joe Bourke in good form up front.

Playing with wind advantage Clonakenny slowly got on top and opened a two-point lead before Niall Bourke’s 25th minute goal nudged Brackens back in front.

A late free for the home side tied it up (1-4 to 0-7) at the break. Scores were slow to come in the third quarter as the strengthening breeze played havoc.

Nicky Madden's free taking kept Bracken's nose in front and they led by 1-7 to 09 with fifteen minutes still to play. The introduction of Jack Bergin, James Ryan and Brian Roche added impetus and the latter landed a beauty from play.

Clonakenny pushed hard in the closing scores but Brackens defence, well marshalled by Aidan Ivers, stood firm to claim the two points on a 1-10 to 0-12 score line. Round two takes place in the Park next Sunday evening against Drom with a 7pm start.

The A team had home advantage against Upperchurch on Sunday evening, and they got off to a lightning start when Darragh Doyle caught a great ball before being hauled down for a penalty which he duly buried.

Brackens kept their foot on the gas and totally dominated the game to lead 1-7 to 0-3 at the break.
The ‘Church were reduced to 14 after 40 minutes but despite their numerical disadvantage they closed the gap to three points with eight minutes remaining. Brackens finished stronger however to run out six-point winners on a 1-15 to 0-12 score line.

Following last weekend’s quarter finals, the pairings for this weekend’s semi-finals are now known.
Drom take on Moycarkey in Boherlahan on Friday evening while Brackens face Upperchurch in Holycross at 7pm on Saturday evening as they look to reach their first ever Mid Senior hurling final. Best of luck to all involved.

All roads lead to Nowlan Park on Sunday as Jamie Ormond, Ray Doyle and the Tipperary team chase All-Ireland glory as they take on Offaly in the minor hurling final. Both Jamie and Ray will be hoping to emulate their brothers, Andy and Aidan, and bring home All-Ireland success. We wish them all the very best of luck and hope that Slievenamon will be heard all around the Premier County come Sunday evening.