These Championships took place in Templemore on Saturday June 25 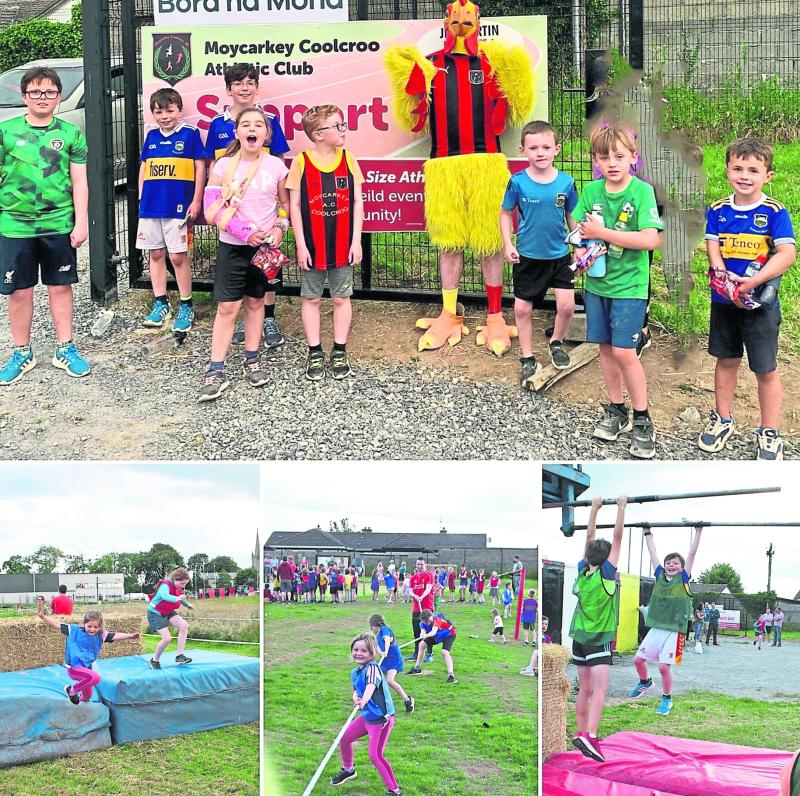 We had eight athletes in competition with a total of 5 individual medals won on the day. Starting with the Track events: In the 60m Boys 10 Tadhg Nolan got the club off to a great start winning Gold.
In the Girls U9s 200m Clodagh Ryan also had great run winning Silver in 2nd place.

In the Boys U9s 200m Evan Corcoran had a solid run finishing in 5th place. Moving up in Distance to 300m now in the Boys U10s Tadhg Nolan won his second individual medal finishing in 2nd place for the Silver medal, his clubmate Killian Byrne also ran well for a 5th place finish.

In the Field events: Grace Ryan won the Bronze medal for 3rd place in the Girls U11s Long Jump with a good jump of 2.63m. Hannah Ryan also jumped well in the Girls U12s LJ for 5th place finish with a best jump of 2.12m. In the Boys U13 Long Jump Ryan Franks had a good competition in 8th place with a best of 2.55m.

In the Girls U12s Turbo Javelin Hannah Byrne in her second event of the day did well to earn a 5th place finish with a throw of 7.92m.

Our 5th individual medal of the day was won by Brendan Cummins who won Gold in the Boys U10s Turbo Javelin in 1st place with a big throw of 9.02m to round off a very good day for the club Well done to All.

Orlaith and Tommy Club Fundraiser
Club members Tommy and Orlatih Healy are setting themselves the challenge of completing the Celtic Warrior Triathlon together as a team which takes place in Lough Ennell Co Westmeath on July 30.
All in aid of raising money for the Moycarkey Coolcroo Track Development Fund you can help support their cause by making a donation @gofund.me/e55f1d8b They have already raised an incredible €1036,
The very best of luck to the father & daughter duo with their training & preparation.

Juvenile Training Update
Juvenile Training is taking a break for the Summer holidays we finished up for the Season On Thursday June 23rd where we had a Fun Jamboree of events which ranged from Hang Tough to our obstacle course and Tug of War to name a few it was a great evening enjoyed by all Thank you to all our Juvenile athletes, Parents and Coaches and we hope to see everyone back when we return for the Cross Country season in early September.