Dundrum Athletics Club - well done to Graham Butler in taking on the the Ironman Austria on Sunday, July 3 in Kärnten-Klagenfurt

The National Juvenile Track and Field Championships were held in Tullamore, County Offaly on Saturday, July 2 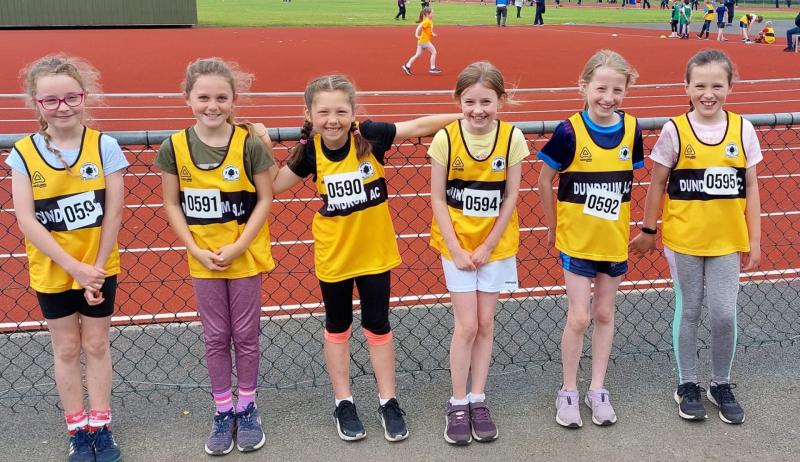 IRONMAN AUSTRIA
The Ironman Austria took place on Sunday, July 3 in Kärnten-Klagenfurt.
It is known as one of the most beautiful races in the world. With a breathtaking 3.8km swim course with scenery of the Wörthersee, a cycle of 180km through the green heart of Carinthia, and to finish a 42.2km run to the finish line in the heart of the city.
This is the mammoth task that club athlete Graham Butler took on in scorching heat in a time of 13:04:51.
A huge well done to Graham. What an achievement. You would be just tired of thinking of doing all that over 13 hours!

NATIONAL JUVENILE TRACK AND FIELD CHAMPIONSHIPS
The National Juvenile Track and Field Championships were held in Tullamore, Co Offaly on Saturday, July 2. Farran Ryan and Julie Morrissey had won Silver in the Pairs Long Jump in the Munster Championships U10 and qualified to compete in the Nationals. They placed outside the top 3, but what an achievement for the girls to qualify for the Nationals. Well done.

The other athletes who took part may not have won individual medals but all won medals in the fun relays at the end. In the Boys U10 was Billy Guilfoyle and Tom Kilmartin.
In the Boys U11 was Patrick Ryan. In the Girls U10 was Isabel Joyce, Lauren O'Dwyer, Cara Ahern, Claire Morrissey and Grace Butler.

In the Girls U11 was Katie Collins, Sarah Guilfoyle and Aine O'Neill and in the Girls U13 Nollaig Kilmartin. Well done to all this brings the County Juvenile Track and Field season to an end.