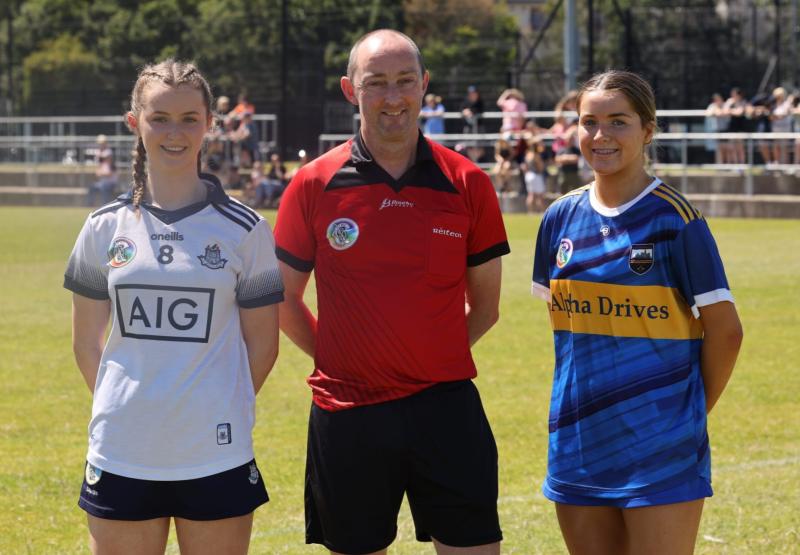 The team captains pose for their photograph with the match referee prior to the Tipperary v Dublin Under 16 camogie championship game played at Trinity Sports Centre.

Tesco U16 A All-Ireland Camogie Championship

Tipperary’s U16 A team travelled to Trinity Sports Centre as firm favourites having recorded a big win over Waterford in the first round and Dublin having already lost to Waterford in their opening game.
John Ryan and his management team made four changes to the team that defeated Waterford with Aoife Mellerick, Ciara Gleeson, Nicola Kelly and Ava Bevans all starting and getting a chance to impress. It was a glorious day in Dublin on Sunday and having won the toss Tipperary elected to play with the slight breeze.
Tipperary got off to a flying start displaying great energy in attack. Midway through the opening half they held a commanding 6 point lead 0-7 to 0-1. 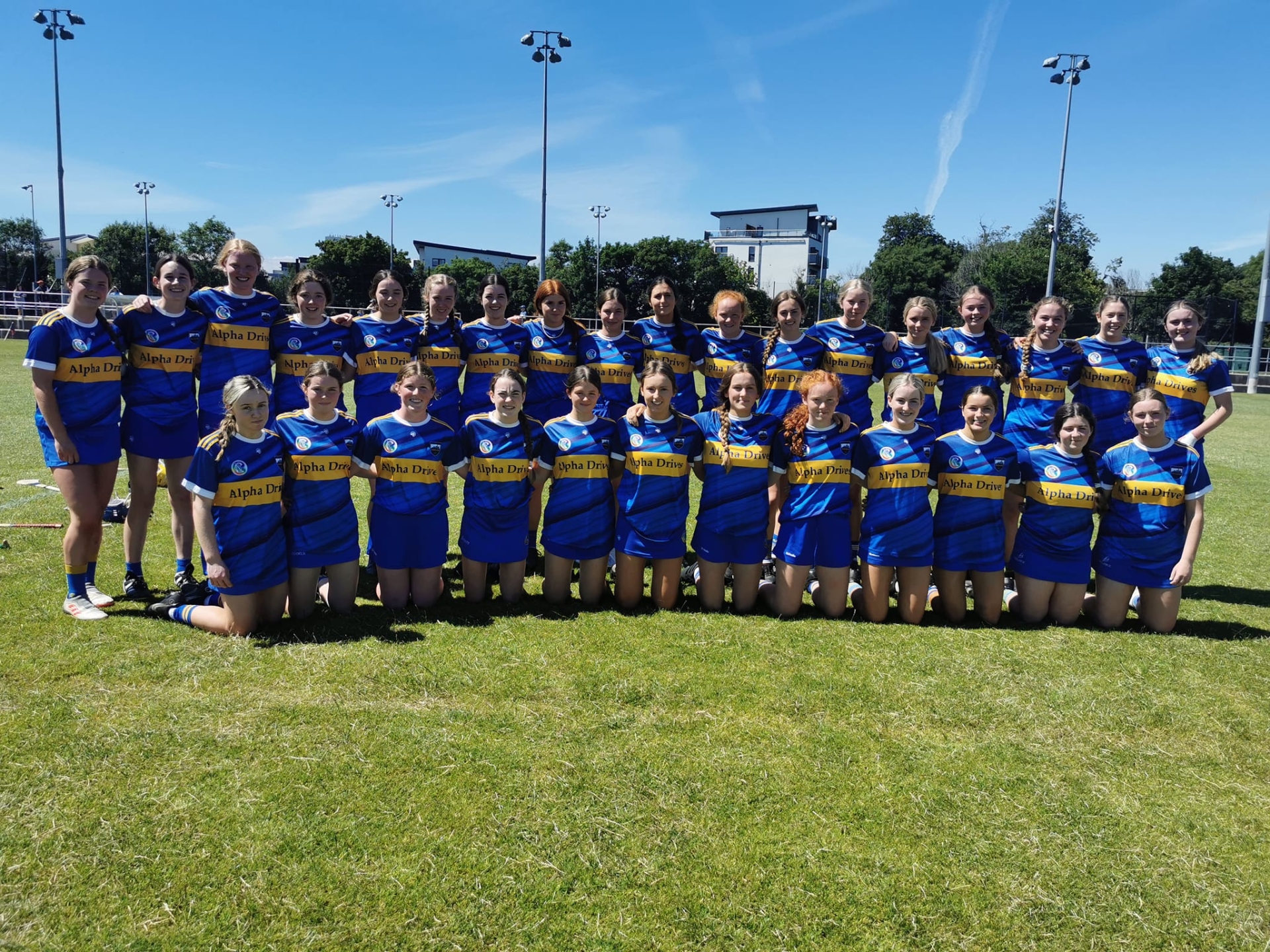 The Tipperary Under 16 camogie team who defeated Dublin at the Trinity Sports Centre. They are now through to an All-Ireland semi-final.

What was more impressive was that all seven points had come from play with five different scorers. Nicola Kelly with three points and a point each from Ciara Gleeson, Caoimhe Stakelum, Ciara Shelly and Lucy Purcell.
Unfortunately for Dublin they could only manage one more point before the break and this was to be their final score of the game.
Tipperary continued to dominate in all areas of the field and 2 terrific goals from Caoimhe Stakelum and Danielle Ryan made it 2-10 to 0-2 at half time.

Ladies Football history in the making for one Tipperary club

At the break Tipperary introduced Aoife Gleeson, Hazel Ryan and Robyn Fitzgerald. Once again it was all Tipperary in the third quarter with Danielle Ryan firing home 1-1 and Caoimhe Stakelum (0-4) Sarah Corcoran (0-1) and Hazel Ryan (0-1) all keeping the scoreboard ticking over.
Dublin had no response to Tipp’s firepower upfront and in the end Tipperary ran out 4-24 to 2 point winners, the final goal finished by Nicola Kelly after a super pass from Lucy Purcell.
After the final group games a draw took place to see which two teams of the three group winners would go straight into a semi-final.
Tipperary and Wexford came out of the draw meaning they have advanced to an All-Ireland semi-final in two weeks time while in the quarter-finals Cork will play Limerick and Galway take on Waterford.
Tipperary: Danielle Butler, Aine Finn, Iris Grace, Aoife Mellerick, Sophie Maher, Sarah Corcoran, Alison Fitzgerald, Paula Quirke, Lucy Purcell, Caoimhe Stakelum, Danielle Ryan, Ciara Shelly, Ciara Gleeson, Nicola Kelly, Ava Bevans
Subs used: Aoife Gleeson, Hazel Ryan, Robyn Fitzgerald, Emma Maher