Galtee come from behind to beat Cashel in West junior clash 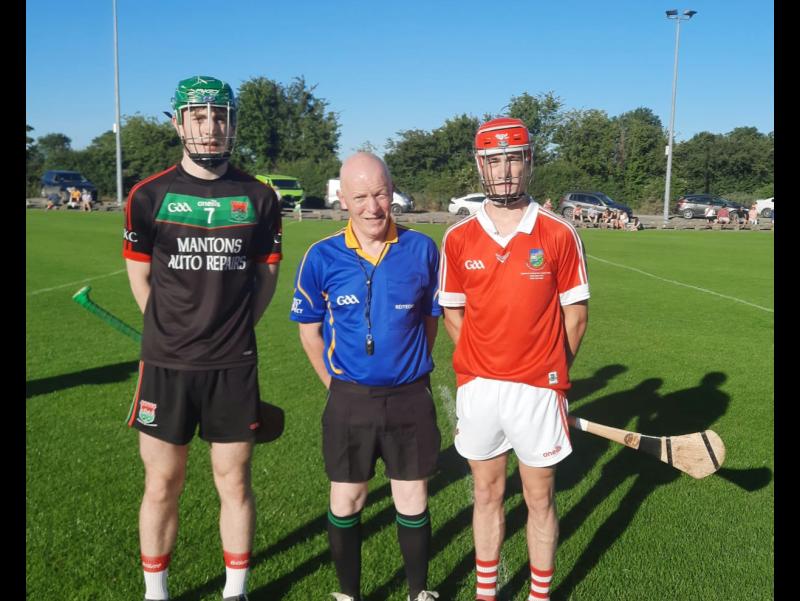 Galtee Rovers secured their first win in this year’s Gleeson Concrete West Junior A Hurling championship, when they held off a second half comeback by Cashel King Cormacs at Golden last Sunday evening.

The opening twenty five minutes were dominated by the Bansha men with goals from Davy Byron and Shane Power propelling them to a twelve point lead. Cashel finished the half with a goal from Cormac Ryan and points from Colin Ryan and Tomas Skeffington to cut the halftime deficit to seven, 2-9 to 1-5.

A Kevin Power goal after the restart extended this lead, but Cashel continued with their comeback and the lead was reduced to two by the sixteenth minute. However, a fourth goal from Shane Power and points from Tony O’Brien and Stephen Moloney steadied the ship. Dylan O’Grady goaled from a thirty-metre free with eight minutes remaining to ensure a grandstand finish, but the town men just came up short in what was a highly entertaining game.

Shane Power and Tony O’Brien got Galtee off to a flying start with points within the opening two minutes. Cashel were slow to settle, but Lee Burke converted a free with seven minutes on the clock. Rovers continued to dominate the exchanges and goals from Jim Quirke after fourteen minutes and Davy Byron seven minutes later gave them a commanding lead. They led by 2-9 to 0-3 with five minutes of the half remaining. However, a late Cashel surge, which yielded a goal from Cormac Ryan reduced the lead to seven by the half time break.

Oisin Dwan pointed after the restart, but Kevin Power got in for a goal at the near end to disrupt the comeback. Adrian O’Dwyer came more into the game and put over three wonderful points as Cashel began to eat into the Galtee lead. An Oisin Dwan goal after twelve minutes cut the lead to two but Shane Power replied with goal number four to ease the Galtee pressure. Cashel continued their fightback and Dylan O’Grady planted a thirty-metre free to ensure a grandstand finish. However, time ran out for the town men as Galtee held out to register their first win in the competition.