Clonmel World Music to bring The Henry Girls to Tipperary 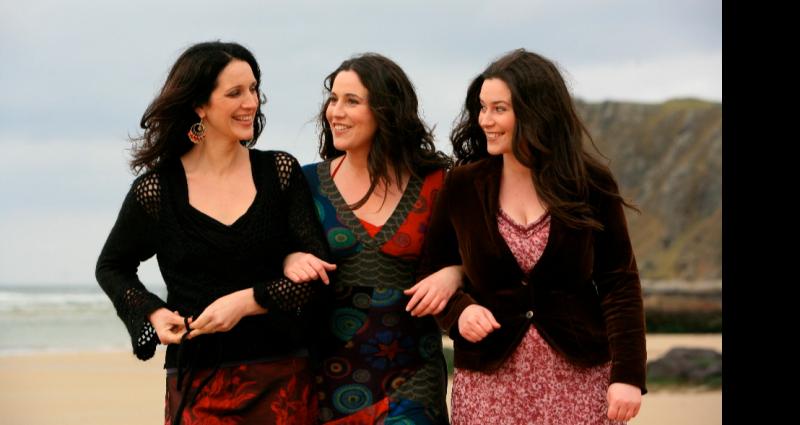 Clonmel World Music is delighted to welcome back The Henry Girls, from Donegal, to the wonderful Raheen House Hotel.
The Henry Girls are three sisters - Karen, Lorna and Joleen, and between them they play harp, accordion, fiddle, ukulele, tin whistle and keyboard, as well as beautiful harmony singing that only sisters can achieve.
The Henry Girls were brought up by music loving parents who introduced them to an eclectic array of sounds such as The Everly Brothers, The Bothy Band, The Beatles, Johnny Cash and Ella Fitzgerald as well being surrounded by traditional Irish music.
UNIQUE SOUND
In their own music, they have a unique rootsy sound which blends their native traditional Irish folk music with hints of americana, bluegrass and blues. They are renowned for their fine close harmonies and musical arrangements, and have been likened to such great musical acts as Crosby, Stills & Nash, The Dixie Chicks and The Be Good Tanyas.
They write songs that are tuneful, catchy, and warm. Their repertoire is scattered with old and new and their style reflects many influences and tastes.
They have been playing music together since childhood but decided to go professional in 2010. Since then they have become one of the most talked about folk/roots acts to come out of Ireland, now captivating audiences on worldwide stages having toured in Germany, America, Sweden, Italy, Switzerland, Holland, Austria and the UK.
They have released three full length albums, to great critical acclaim. Far Beyond The Stars is their third full length album, and they have also released an EP.
In 2011, they appeared as guest backing vocalists on Mary Black’s album Stories from the Steeples and one of the songs they appear on is a duet with the fabulous Imelda May.
They have performed at numerous festivals and the sisters have toured and collaborated on various other music projects, most notably with Mary Black, Imelda May, Clannad, Sharon Shannon, The Hothouse Flowers, Donal Lunny, Altan and Dervish. 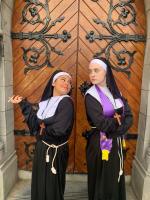 Tickets on sale for Sister Act show in Tipperary Town


CAPTIVATING
The Henry Girls are renowned for their captivating, heart-warming and moving live performances.
They have a week-long singing and songwriting residency at this year’s Earagail Arts Festival in Donegal, and are touring Germany after the Clonmel show.
Tickets are on sale on www.clonmelworldmusic.
com, and from Gerry Lawless on 086-3389619
“These sisters have a sensational talent. The quality of their harmony singing goes beyond mere technique. They possess an unerring ability to blend tone and resonance in a seamless fashion.
– Eamon Carr, The Evening Herald (IRL)
“I highly recommend it, every track that I have listened to is a winner.” – Alf McCarthy, The Late Date, RTE1
“It’s absolutely gorgeous. This album has been on constant repeat on my home system,”– Bob Harris, BBC Radio 2
“Blending Irish and American roots styles with the retro sounds of close harmony groups of the ’40s & ’50s, The Henry Girls have forged a sound of their own.”
– Hot Press Magazine (IRL)
“Beautiful harmonies that are the trademark of this band…This whole album is very high quality and one you must have in your collection,”– Fanrealm
The Henry Girls are a force in Folk and Americana music. – The Alternate Root (USA)
ADVERTISEMENT - CONTINUE READING BELOW