Opportunity knocks for Thurles after festival success on Liberty Square 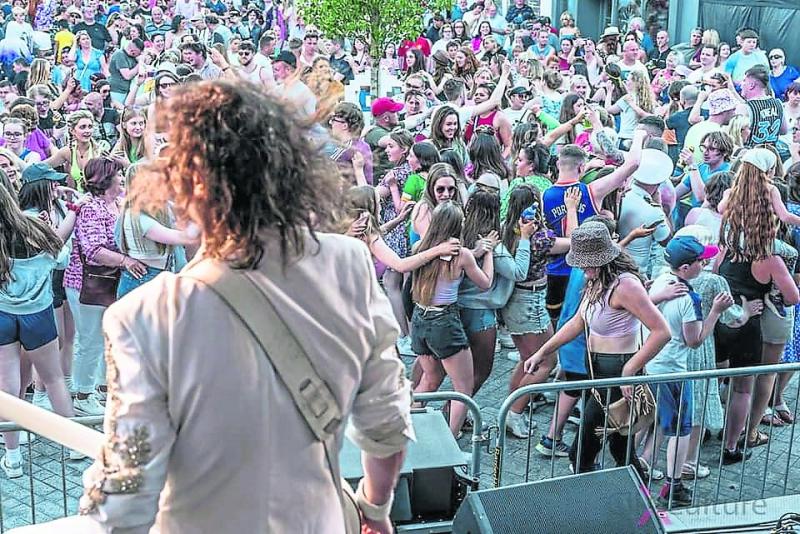 The full potential of the new Liberty Square was witnessed with the recently held music festival which was an unqualified success over the two day feature.

Organisers have produced a winning formula and a template which can be copied and used by others as they bid to breathe new life into the famous old town centre.

The Square has always been a natural gathering point in the town from centuries ago, but with the advent of parking all over the place in recent decades it was very difficult to do anything by way of a festival or celebration.

However, the vision of the local authority and the establishment of the wide pavements and a plaza type setting has meant that there are now many more possibilities than heretofore. Suddenly, crowds of more than 4,000 can be comfortably accommodated without ever having to even close off traffic - how great is that.

The Liberty Music Festival ran so smoothly and without so little fuss that other groups and organisations are looking very closely at how they can run events too. Granted the fantastic weather was a major contributing factor to the success of the festival - imagine trying to rally the crowd if the weekend had been a miserable one.

But sometimes you have to take a leap of faith and hope for the best when it comes to the weather - we can’t put a roof over the Square after all.

While Munster Final day in Thurles was always special and the atmosphere was always superb in and around Liberty Square, the big match day experience could well be enhanced much more with live music on the Square and the possibility of keeping people in the Cathedral Town a little bit longer. When visitors spend time in a place, they also spend money and while traders were very happy with the jingling tills over the festival weekend, they could well do with more of the same - Munster Final ‘22 day was wet and did not result in as much revenue to the town as a result.

The International Miss Macra Festival in Thurles was always a big weekend with the Friday night in particular being special. That has changed over the years, but perhaps there is an opportunity to revive such events in Thurles. Perhaps there is an opportunity now to create other street festivals, fleadh ceoileanna, book markets, food and craft markets, Christmas celebrations etc. The list goes on and on and the many ideas which are growing in the minds of those who are planning for the future are worthy of being aired.

The International Festival of Sport which was hosted by Thurles Sarsfields and spearheaded by the late John Enright, would have had an ideal platform right in the heart of the town. That ship has sailed for now, but in time perhaps another one will come into port in its place - the town still retains its status as a town of sport.

The local Municipal District Council had been more than accommodating when it came to the Liberty Music Festival and they will also throw their weight behind any project which seems to promote the town. They assisted in cutting through the myriad of red tape which is associated with such events and having had the experience of this really successful two-day event, they will be even better equipped to deal with future events.

So, if you have an idea for the staging of a street-type event in Thurles in the coming weeks, don’t keep it to yourself.