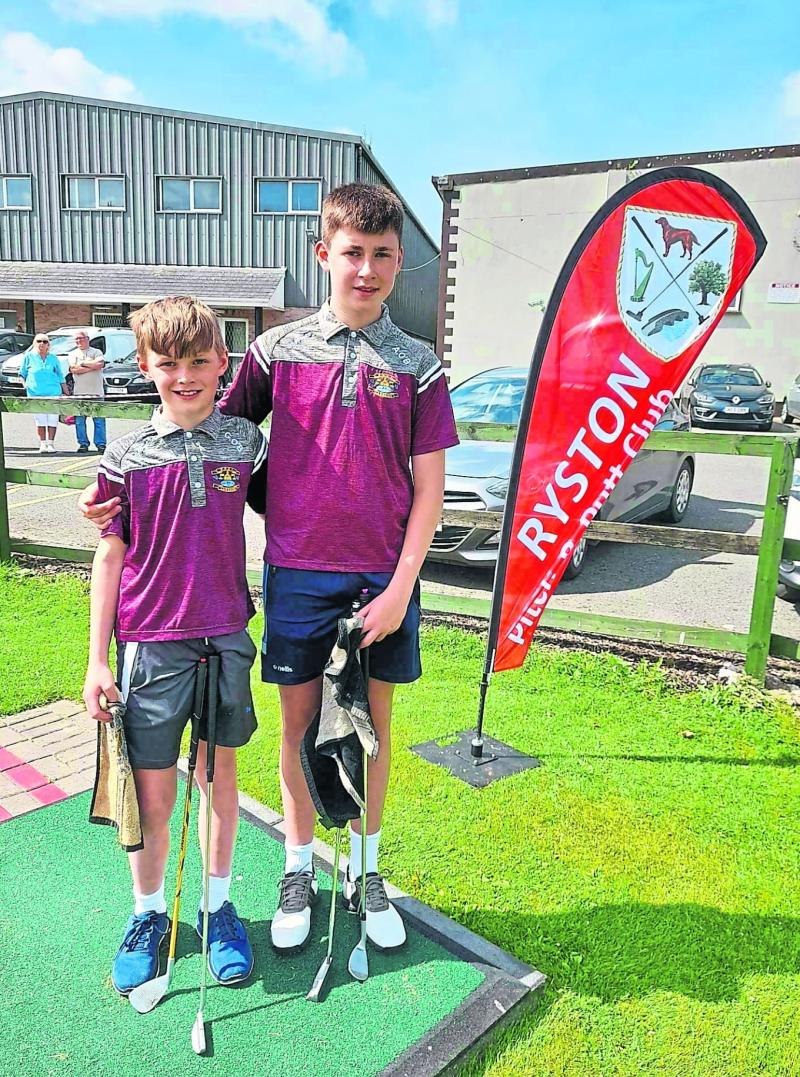 Gavin, left, and Adam O’Brien at the National Juvenile Matchplay championships in Ryston

Lakeside were represented by the O’Brien brothers, Adam and Gavin. The competition was a round robin format with five players in each group.

Both boys qualified out of the group stages into the quarter finals where a further two matches had to be played to reach the semi-finals. Gavin lost at this stage but Adam progressed to the semi-finals where he was drawn against local favourite Daniel Campbell.

With great local knowledge and an abundance of skill he overcame Adam 4&3 to progress to the final.
Campbell was beaten on the 36th hole by Joe Franklin from Hillview (Clonmel) who became the first Tipperary boy to win the National Matchplay.

Well done to him.
This was a great experience for both boys and will stand to them in the future.

The club would like to sympathise with the Dudley family on the recent death of Miriam.
Her husband Ned served as Club President from 1990 to 1992 and was a very popular member of Lakeside.

May her gentle soul rest in peace.