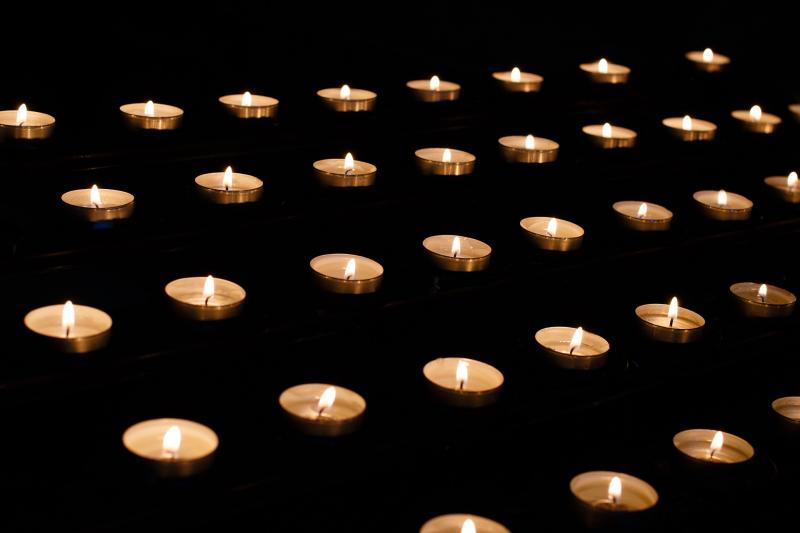 Reposing at Meehan's Funeral Home, Newport Sunday evening, 14th August, from 5.30 to 7.30 p.m. with Removal to The Church of The Most Holy Redeemer, Newport, which can be viewed on www.churchcamlive.ie/newport. Burial in Rockvale Cemetery on Monday, 15th, following 11.30am Requiem Mass. Donations if desired to Milford Care Centre and Alzheimers society.

The death has occurred of Jack McGrath, Ledbury, England and formerly of Glenbane, Lattin, Co. Tipperary. July 23rd peacefully at Hereford Hospital England. Deeply missed by his loving family and many friends.

Reposing at his residence Ashbourne House in Lower Eggleton, Ledbury, England (HR8 2TZ) on Thursday, 18th August, from 12 noon. Requiem Mass on Friday, 19th August, at 11am in The Holy Trinity Church, Ledbury with burial afterwards in the adjoining cemetery.

May Georgina rest in peace

She will be brought to church at 16.30 on the (15 August). Funeral Mass will take place on Tuesday (16 August) at 10.00am in Our Lady of Dolours Servite Church, Fulham Road, London and afterwards to Mortlake Crematorium.

Family flowers only please. Donations in lieu to the Irish Cancer Society.

May Maria Rest in Peace.

Reposing at O’Donoghue’s Funeral Home on Sunday evening from 5pm to 7pm.

Maria’s Funeral Cortège will arrive at St John the Baptist Church, Powerstown, on Monday at 11.50am for Requiem Mass at 12 noon which can be viewed on www.powerstownchurch.com followed by burial in the adjoining cemetery.