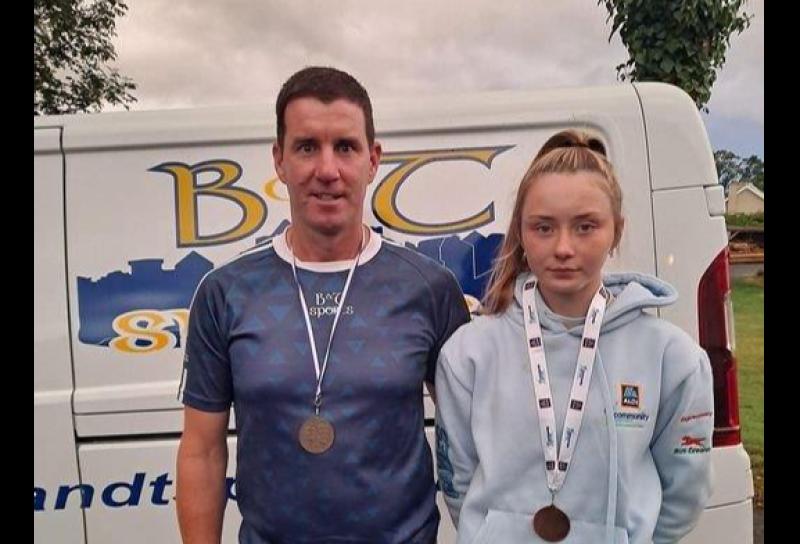 History repeated itself for the Horgan family, Boherlahan at the recent Community Games National Finals.
In 1987 former Tipperary hurler Brian Horgan from Knockavilla won a bronze medal in the All-Ireland Community Games long puck competition in Mosney, Co Meath.
At the time it was an incredible achievement for 11-year-old Brian to finish third and win the bronze medal in a very strong and competitive field, and a very proud day for his parents Richie and Breda.
Eight years later in 1995 Brian captained Tipperary to win the All-Ireland Under 21 hurling final against Kilkenny in Thurles.
Coincidentally, 35 years later and his daughter Abbie Horgan also won a bronze in the very same Under 14 long puck final in Carlow last Saturday.
Just 12-years-old, Abbie plays with her club Boherlahan/Dualla and is also on the Tipperary Under 14 team.
It was a great achievement for Abbie and a very proud moment for her parents Brian and Marie and her grandmother Betty Lacey (of Lacey’s Pub in Ballydine).

The national Community Games finals of all the cultural events including Talent, Table Quiz, Art, Model Making, Handwriting and Projects are among the events taking place in the Visual Theatre in Carlow this weekend, August 27 and 28.

Best of luck to all the Tipperary competitors.