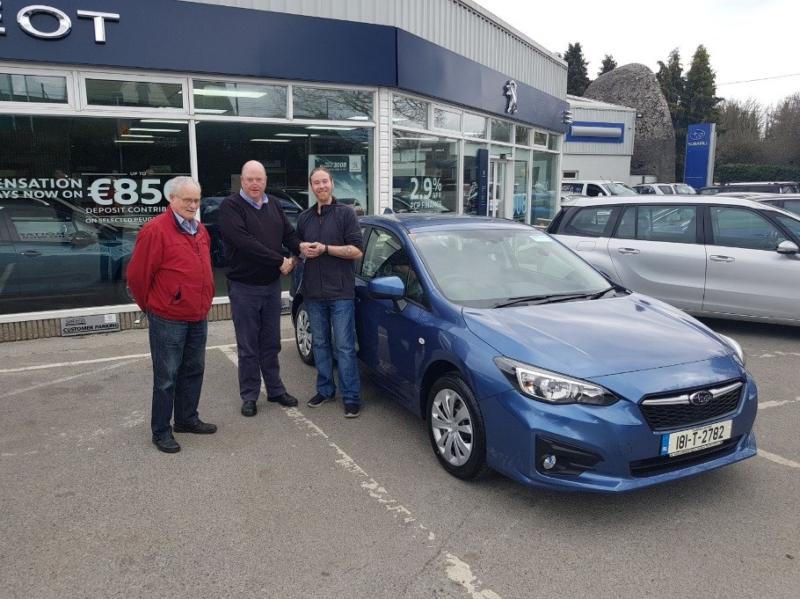 A proud Tipperary man has been named the winner of TG4’s GAA Beo competition winning an all-new Subaru Impreza.

Subaru are delighted to announce that Jason O’Brien from Mullinahone was the winner of TG4’s GAA Beo competition making him the proud owner of an all-new Subaru Impreza. Pic: Jason being congratulated by Jonny Cooper, Dublin’s famous corner back, on winning the new Subaru Impreza, at Parnell Park

The GAA fan also travelled to Parnell Park to meet Jonny Cooper from Dublin GAA to do a television piece for TG4.  Subaru are the official car partner of Dublin GAA.