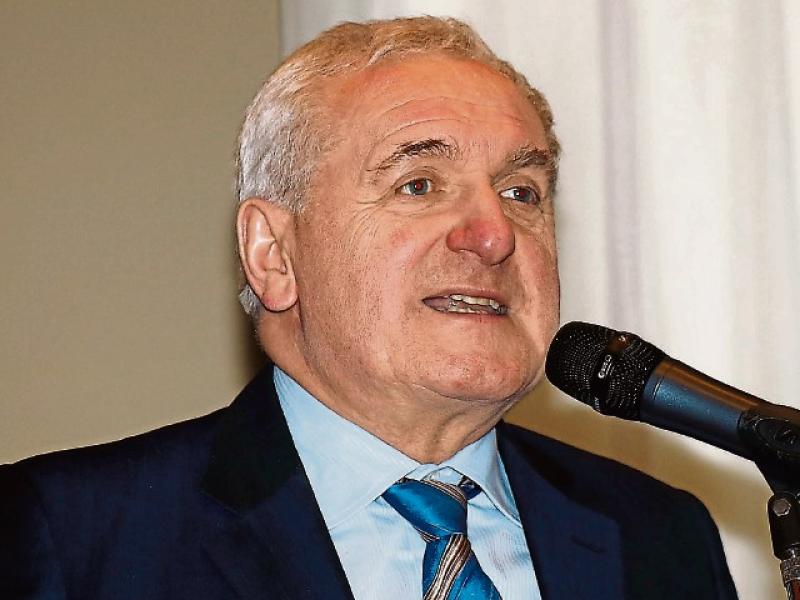 Former Taoiseach Bertie Ahern has said that loyalists 'haven't got a clue' about the Northern Ireland protocol.

It follows after a fifth week of talks over the Northern Ireland protocol came to an end, with negotiations expected to continue well into December.

Mr Ahern, who was notably one of the main politicians involved in implementing the Good Friday Agreement, made the comments while speaking at a virtual event hosted by the Brexit Institute at Dublin City University (DCU) yesterday.

He explained that contentious post-Brexit arrangements "are not properly understood by the community".

The former Fianna Fáil leader elaborated: "I spend a lot of my life still in the North: the reality is, in East Belfast and in the ghettos and in the areas where you’re likely to get trouble, that people haven’t got a clue about the protocol, not a clue."

"They see it as identity; they see it as a road to the Dublin Government taking over again and this is a pathway to that... that’s the hard reality."

"It’s seen as a trick by the south to move the border from across the island, and to put it down the Irish Sea, as a trap for government.

"That’s how they see it: even those who you might consider to be a bit more intelligent and articulate; that is the difficulty."

"But there’s another issue in the protocol, and that’s what is in the head and the ideological one, and that’s a far more difficult one to deal with.

"(DUP leader) Jeffrey Donaldson well understands how we might get over the detail, and the reason he keeps on about the other issue is because he’s trying to – which I don’t blame him for – he’s trying to serve the loyalist community as well."

Another politician who spoke earlier on in the event was Minister for Foreign Affairs and Defence Simon Coveney, who said the EU had offered a comprehensive package to the UK.

"They (the UK) have a duty to deliver on their commitments; it is very important we do not lose sight of the goal here, ensuring an outcome that is best for the people of Northern Ireland," he explained.

"The lack of any evident reciprocal willingness to compromise from our UK partners to date has been deeply disappointing," Minister Coveney also said.

Since the comments have gone public, Bertie Ahern has been asked for an apology from east Belfast DUP MP Gavin Robinson, who urged him to clarify his remarks, which he referred to as "demeaning and degrading."

"People in my constituency who can’t get their Amazon parcels from another part of the United Kingdom well understand the impact of the protocol; rather than belittling those who oppose the protocol, Bertie Ahern should seek to understand why not a single elected unionist in Northern Ireland supports the protocol," Mr Robinson said.