NPHET warn that Covid cases ‘could surge to 15,000 a day’ if Omicron variant becomes dominant 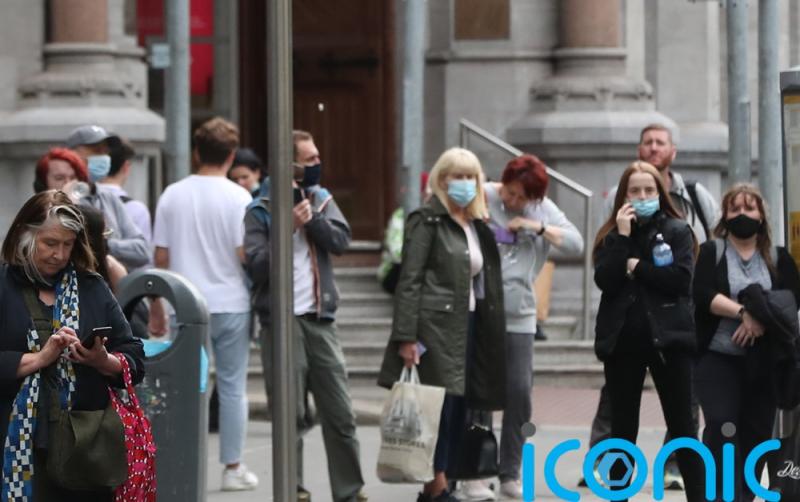 The number of Covid-19 cases could surge to 15,000 a day after Christmas if the Omicron variant becomes dominant, health experts have warned.

The National Public Health Emergency Team (Nphet) said that the new variant could drive up cases during increased social activity over the Christmas period.

In a letter to Government, Nphet said that higher levels of socialisation combined with the impact of Omicron could pose a “very real but as yet unquantifiable risk” to the management of Covid-19 over the coming weeks.

Health officials warned Government that this presents “serious challenges” in the weeks ahead, adding that it is “impossible” to quantify the level of risk and its impact.

Chief medical officer Dr Tony Holohan has urged the Government to close all nightclubs, and bring in restrictions that were in place during the summer.

This includes returning to table service only in hospitality, a maximum of six people allowed per table, no multiple table bookings and no mingling between tables.

Dr Holohan has also advised government to limit indoor capacity to 50% for all cultural, entertainment and sporting events.

They have also urged government to bring in the Covid pass for gyms and hotels.

Other measures include limiting private gatherings to three households.

Dr Holohan said that if social contact can be maintained at current levels or marginally decreased, the level of infections per day will remain below 5,000.

However, if social contact increases to levels seen in December last year, cases could surge to between 6,000 and 8,000 cases per day in early January.

If infection-induced immunity is low or evaded by the new variant, a “very large surge is possible”, peaking at 8,000 to 15,000 cases per day, Nphet added.

In a pessimistic but “plausible scenario”, Nphet said that between 750 to 1,300 people could need hospital care and up to 400 people would require critical care.

Government has been warned that if Omicron becomes dominant over the coming weeks and  has moderate reductions in vaccine effectiveness, the risk of a surge in cases is “high to very high”.

Cabinet is assessing the advice and whether to bring in new Covid-19 restrictions ahead of Christmas.

Concern has been expressed in recent days that despite cases of Covid-19 stabilising, numbers remain too high.

The Cabinet meeting comes following a meeting of the Covid-19 sub-committee on Friday.

Earlier, it emerged the introduction of new testing rules for arrivals into Ireland, introduced in response to the Omicron variant, have been delayed by 48 hours.

Earlier this week, the Government agreed new rules on travel that would see all travellers entering Ireland required to show a negative result on a professionally-administered antigen test 48 hours before arrival, or on a PCR test 72 hours before arrival.

The changes to the rules, which also apply to travellers from Great Britain, come as the Omicron variant continues to cause concern worldwide.

Ireland has so far confirmed one case of the new variant.