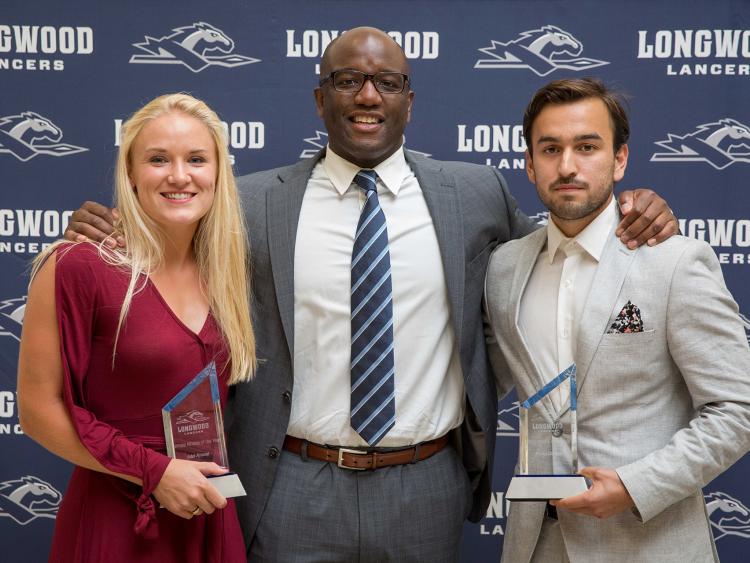 Edel Nyland pictured collecting the athlete of the year award at Longwood University.

Edel Nyland has been named on the Irish under-21 hockey squad which is preparing to make their mark on the up-coming Eurohockey Junior Championships in Valencia, Spain. Ireland will take on England (August 28th), France (August 29th) and Germany (August 31st) during the group phase (pool B) of the competition.

Edel Nyland is a former student at Ursuline Secondary School, Thurles and a native of Castleiney. Edel was a distinguished Camogie player who has matured into a hockey player of international renown. In 2013 Edel Nyland won the Annerville Sporting Award for hockey and played at under-16 and under-18 level for Ireland before earning a scholarship to Longwood University in the United States in 2014 (Farmville, Virginia).

Playing with the Longwood Lancers Edel Hyland has developed into a creative and dynamic forward who in April 2017 won the athlete of the year award at Longwood University (Edel shared the award with men's soccer star Dan Campos).

Edel is the daughter of Tom and Annette Nyland and has four siblings: brothers Joe and Peter and sisters Ciara and Áine.