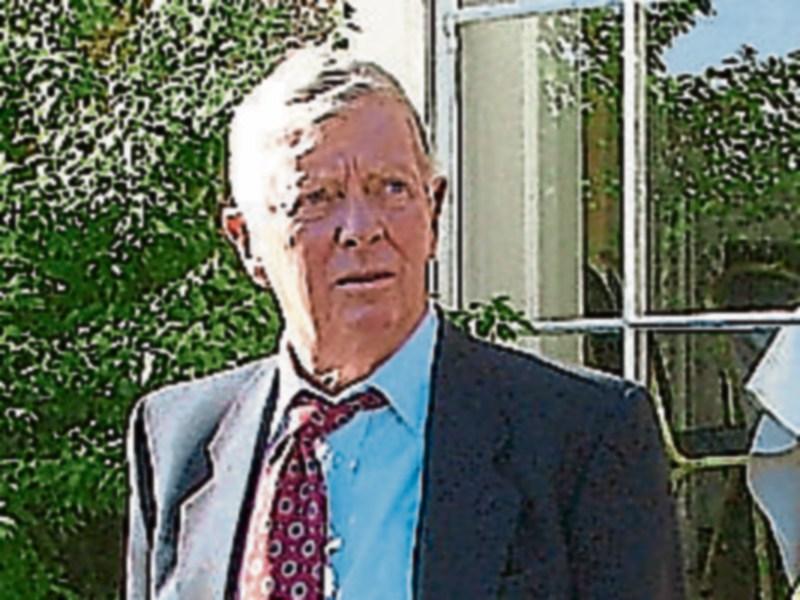 TONY O’GORMAN died peacefully at the Cottage Nursing Home, Irishtown, Clonmel, after a long illness on 11th April, 2017, surrounded by his loving family. His death has brought with it a profound sadness for those close to him but with it an opportunity for his family and all who knew him to reflect on his life and his achievements.

Tony was born in Clonmel in 1931 where he lived for all of his life and was always actively involved in both sporting and business communities of his native town. His father, Paddy O’Gorman, ran the well-known drapery business at 20-21 O’Connell Street. Tony became a businessman in his own right in the bakery and licensing trade which he ran with his wife Mary across the road at 61-62 O’Connell Street.

The O’Gorman family were synonymous with greyhounds and the sport of coursing.

Tony’s father Paddy was selling greyhounds to Florida as far back as the 1920s and he won the blue riband of coursing, the Irish Cup in 1927, a success emulated by his son Paddy O’Gorman in 1963.

Tony continued his father’s involvement with greyhounds and the “Open” with many infamous trips to “Charity Meadows” and the “Waterloo” in addition to a lifetime of service to Clonmel and District Open Coursing Club and as  flag steward at the annual National Meeting in Clonmel.

Another one of Tony’s sporting interests was rowing and in the mid 1950s his crew of Seamus Hayes, Eddie Dillon, Jimmy O’Donnell and Jack Burke scored a number of successes at regattas around the country. They also formed part of a successful junior eight with Eddie Hickey, Frank Kent, John Murphy and Lorcan Mullally. Their successes were always accompanied with Clonmel Rowing Club’s own rendition of “Rare Clonmel” which for the club dates back to the 1880’s.

“Hurray for the crew

Of the white and blue

We’re the boys of Rare Clonmel

The first on the field

And the last to yield

Are the boys of Rare Clonmel.”

Tony loved Clonmel and its environs and loved nothing more when the coursing season finished at the end of February than to head for the hills of the surrounding countryside to the Comeraghs and Slievenamon as an active member of the Peaks Mountaineering Club.

As well as his outdoor pursuits Tony found time to work hard in establishing the family business and involving himself in the commercial life of the town and was a past president of Clonmel Chamber of Commerce.

At the same time he was a devoted husband to his wife Mary and a loving father to Mary, Anthony, Dick and Oonagh, and grandfather to Christopher, Jayne and Hollie.

He instilled in his children a strong work ethic, a love of sport and the great outdoors and was immensely proud of their individual achievements both in sport and their respective careers. Indeed, a truly memorable and unforgettable day for the town and for Tony was in 1986 when in the Kelly/Roche era of Irish cycling both of his sons rode into his beloved Clonmel as part of the Irish amateur team in the Nissan Classic.

Of the many stories and memories that can be recalled of Tony O’Gorman, the one abiding memory that will continue to live on is knowing that he always echoed in his heart the lines of that song:

“Oh where on earth can you find a spot to compare with Rare Clonmel.”