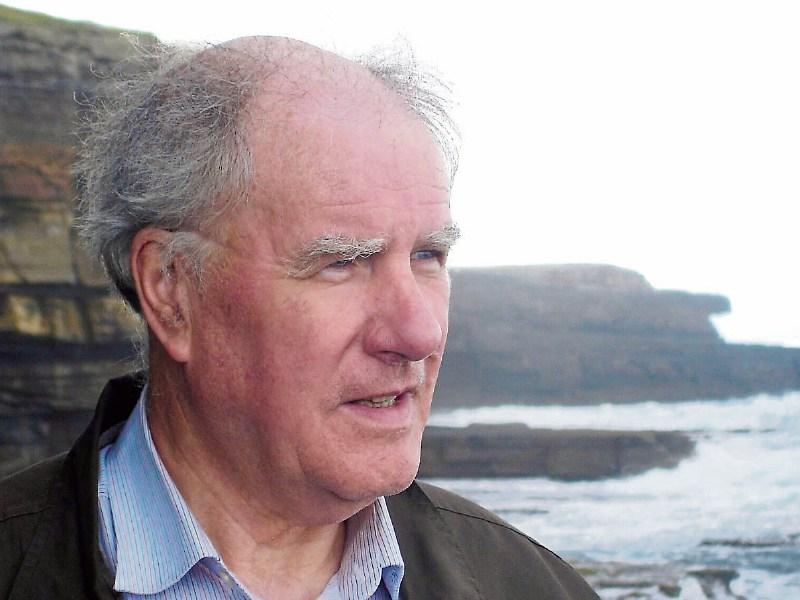 The story is played out against the backdrop of a turbulent town, in a turbulent Ireland, in a turbulent world where the two protagonists, wise beyond their years, see London fall in 1941 and their country invaded by Nazi Germany. The novel examines a very different  turn of events in World War 2 when Ireland abandons its position of neutrality and is occupied by the armies of the Third Reich when its neighbour Britain falls. The Irish world is turned upside down. The nation’s future suddenly looks very different.

This What-If, fictional/factional re-appraisal of Ireland’s neutrality policy in World War 2, will challenge the orthodoxies of those who have been content to accept the official narrative. But Paddy McEvoy, as he did in his previous writings, Humanist Catechisms for Young Thinkers and his Disobedient Irish Histories, re-envisions the period and posits alternatives which are thought-provoking.

This challenging and imaginative novel centres on the growing love between Roísin and Thomas, a young Tipperary couple embroiled in the ultimate Irish ‘what-if’ of the 20th century.

Author Paddy McEvoy was born in the Barracks, Glenview Square in 1945, the year the War ended. He went to the Monastery and the Abbey CBS before studying a self-financed B. Social Science Degree at UCD. He was a teacher in England and Northern Ireland from 1967 to the 2000’s at every age and ability level, including a Rudolf Steiner school in Holywood Co Down. During that time he completed a post graduate Certificate in Education in 1970/71 at Worcester University.

“My father was a Tipp man and my mother hailed from Gorey Co Wexford,” explained Paddy. “There were six of us in the family, Sr. Noeline (RIP), John, Carmel, Willie (RIP), Michael and myself. I have always taken a keen interest in social and historical questions. I am particularly interested in the ‘what if’ of history. For example what if the axis powers had won the war? What if the south had won the American Civil war? What if Ireland had embraced the reformation? What if O’Connell/Parnell et al, had been heeded on the matter of political violence? What if 1916 hadn’t happened? The implications for Ireland had England fallen in 1941, has been a no-go area in Irish writings. The irresponsible, in my opinion, burning of the Barracks was also something we didn’t talk about as I was growing up.  So having been born in the refurbished dwellings of the old Barracks, which my family moved into in 1926, I decided to base my story on this location. The writing is part-memoir, part-historical faction. I re-appraise the neutrality policy of the Irish government during the ‘emergency’ placing the two young characters, Roísin and Thomas centre stage, to represent the better angels of the Irish psyche.”

Paddy moved to Cambridgeshire from N. Ireland in 2016 for family reasons. He has four sons, one of whom, Michael, has Downs Syndrome, the other three, Simon, Aidan and Christi, all moved away from N Ireland. Aidan is in Scotland, Christi in Switzerland and Simon in Cambridgeshire.

His new novel, Tipperary is as Fine a Town, is available on Amazon and also in Greene’s Stationery Book shop, Tipperary Town. Tel: 062 51589. You can also visit www.paddymcevoy.co.uk.