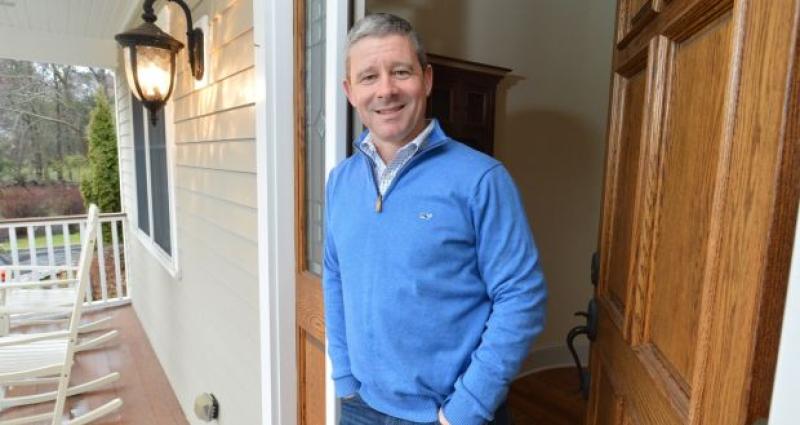 Nenagh man Diarmuid Hogan has featured in the latest article on Ireland's Wild Geese published in the Irish Times.

Diarmuid, 49, is son of the late Peter, an engineer with North Tipperary County Council and Maureen, and brother to Niamh, the well-known award winning Nenagh Players actor who can be seen in local film-maker Tom Ryan's new movie Twice Shy.

Diarmuid tells how and he and his wife, Mairead, moved to the US for two years in 2003. Fourteen years later they are still there in Westport, Connecticut, with their two young sons.

The company has links with Shannon, being born out of the highly successful Tony Ryan Guinness Peat Aviation firm. Before moving to the US, Diarmuid worked in financial planning and analysis with Gecas, the biggest aircraft leasing company in the world.

Diarmuid and Mairead married in 2002 and but Mairead was in Dublin and he was in Shannon.

Following a year-long commute, the chance of moving with Gecas to the US arose, and, with his wife's firm also offering her a job in the States, they decided to go for it.

His move to the US was easier, socially, because he already had friends in the company in the US, but, he admits, it was tougher on Mairead.

"Being honest, it wasn’t until we bought our house and the boys arrived that our network of friends really expanded," he says in the article.

Though the company has worldwide offices, when Diarmuid does have to travel, it is mainly back home to Shannon, and most of his working day is dealing with the Shannon office by phone.

With a new President in the White House, his advice to any Irish person thinking of moving across the pond is to be "aware of proposed policy changes and examine the impact for themselves and their families".