Silvermines says hydro-electric plant development 'has to be positive' 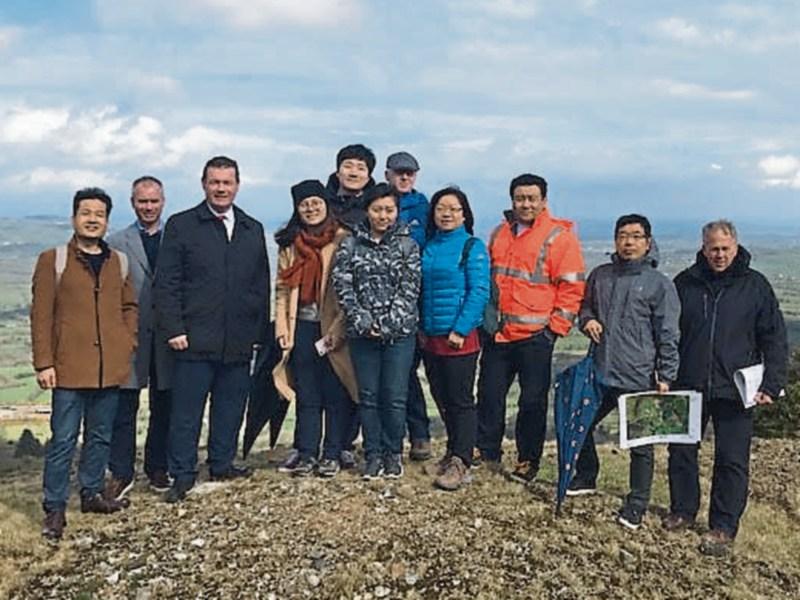 The signing of the memorandum of understanding to move the Silvermines hydro-electric project to the next phase has been welcomed by locals.

The deal between Bord na Mona, PowerChina and Siga Hydro, headed up by Ballina native Darren Quinn, was signed in Beijing last week and brings the €650m proposal to the next stage.

The project now goes to the planning stage, which could take two years, and that will be followed by a four-year construction period which is estimated will create 400 jobs. When the plant is operational, it will have over 50 permanent jobs.

“This has to be positive,” said local resident Liam Gleeson. “Not only is it an opportunity for jobs, but it is a chance to reclaim an area destroyed by mining in the past.”

He said that the last two operations there left them with a “tailings pond and a hole in the ground. This closes down the opportunity for any more negative stuff.”

Mr Gleeson said the last major project earmarked for Silvermines was a superdump, “and nobody wanted that”.

The new project will provide scope to develop toursim in the area along the lines of that at the plant on Turlough Hill in County Wicklow, with walking trails and school tours.

“The developers are very open to getting involved in that kind of thing,” he said. "Darren Quinn is from Ballina and is an easy man to get to talk to."

Mr Gleeson said the development would also have a spin-off for B&Bs, and business.

He pointed to the village's inaugural Rambling Festival last weekend, which he said was a huge success with over 180 taking part and enjoying the evening entertainment.

"We have a fantastic Tidy Towns committee and a great area. It's just a matter of letting people know. Failte Ireland has forgotten this part of Tipperary, with the exception of some promoting of Lough Derg," he said

“When the mines closed in 1982 there were three pubs and three shops in Silvermines. Now there is one pub that opens only at night and a shop that is barely getting by. We badly need an industry,” he said.

There will also be a boost for house building with Tipperary County Council having rezoned some land in the village recently for housing.

Mr Gleeson said that the move might also push the Government to complete its rehabilitation of the area and encourage them to CPO the tailings ponds to prevent any other activity taking place on that land.

"We have put that to Mr Quinn and he is open to doing something there if the land was acquired by the State or Tipperary County Council," he said.

However, Mr Gleeson pointed out that while there will be a lot of money in the local economy and the village should benefit from the proposal, it was "too early to say we want this, or we want that".