Breaking: boat users with no lifejackets assisted by Lough Derg after they ran aground 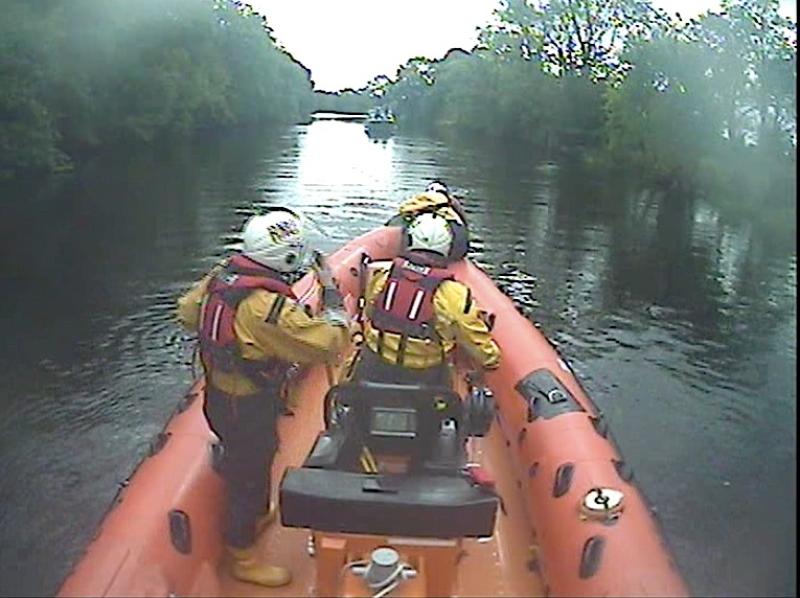 Boat users on the Shannon have been advised to wear their lifejackets after Lough Derg RNLI was called to assist four people on board a boat that ran aground this Sunday.

The four aground when they took a wrong turn in the river above Victoria Lock on the River Shannon on Sunday at 12.50pm.

The lifeboat launched with helm Eleanor Hooker, Owen Cavanagh and Joe O'Donoghue on board.

From the boathouse in Dromineer, Peter Kennedy, deputy launching authority at Lough Derg RNLI made contact with Tom McGarry, the bridge controller at Portumna to ask him to open the bridge to permit the lifeboat up the river.

Mr. Kennedy and fellow deputy launching authority Tom Hayes called the lock keepers at Victoria Lock, Meelick, to let them know that the lifeboat would be at the lock in an hour.

Valentia Coast Guard gave the lifeboat volunteers co-ordinates for the casualty vessel and advised that water levels at the casualty’s location were very low.

As the casualty vessel was in shallow water, the lifeboat approached with caution, taking frequent soundings and visual assessment of water depth.

The people on board were safe and unharmed, but did not have lifejackets on board. The lifeboat supplied casualty lifejackets and asked all but the skipper to remain below.

The skipper had dropped anchor as there was a strong flow, combined with wind, at the location. The vessel had sustained damage to its propellers and drive, but was not holed.

With an RNLI crew member on board, the lifeboat took the casualty vessel under tow and made way back to the main navigation channel. The lifeboat towed the vessel to Shamrock Marina, Banagher, the closest safe harbour and where the vessel had a mooring.

Mr Kennedy advised boat owners to "carry lifejackets on board, sufficient for every passenger’".

He also advised boat users to carry up-to-date charts and to familiarise themselves with the buoyage on the Shannon.