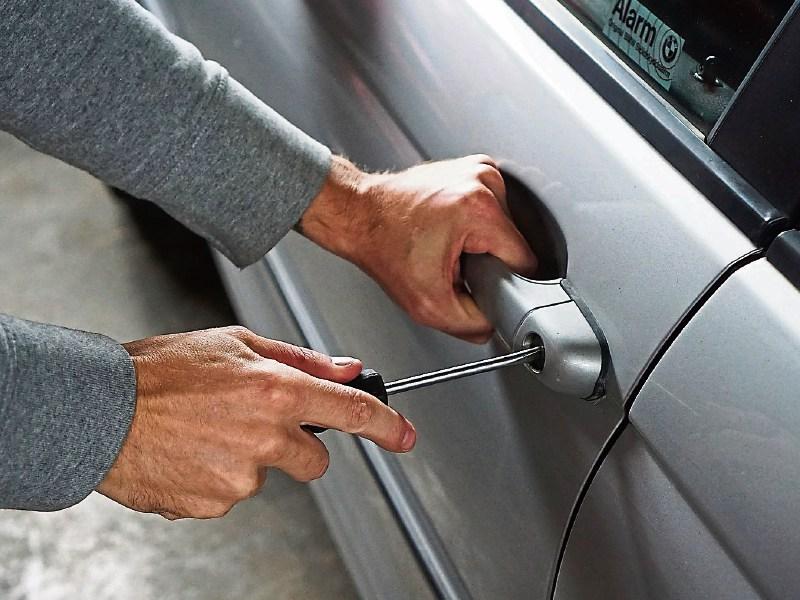 A spate of break-ins and thefts to a number of unoccupied vehicles in the Nenagh Garda District has led to a warning for motorists to be vigilant.

A Garda spokesman said vehicles parked outside churches and graveyards have been targeted.

He said owners should not leave property visible in their vehicles.

Property was stolen in a break-in to a car parked at Kickham Street on Thursday night last.

An attempted break-in to a car parked at Doonane, Toor, Newport, was made in recent days. The window of the vehicle was damaged.

A motorist suspected of drink driving was arrested on Wednesday of last week at Knockalton Upper after they were stopped at a checkpoint.

An arrest for drink driving was made on the same day in Roscrea.

A quantity of cannabis was seized following a search of an individaul on the Borrisokane road in Nenagh on Thursday last.

A business premises in Newport was damaged by youths on Thursday last and Gardaí are also investigating a theft from a vehicle parked at Mulcair Manor in the town in recent days.

A male was arrested for an alleged breach of public order at Main Street, Roscrea, on Saturday evening last.

Gardaí are investigating an incident in which a car failed to stop for them at Benedine, Nenagh.