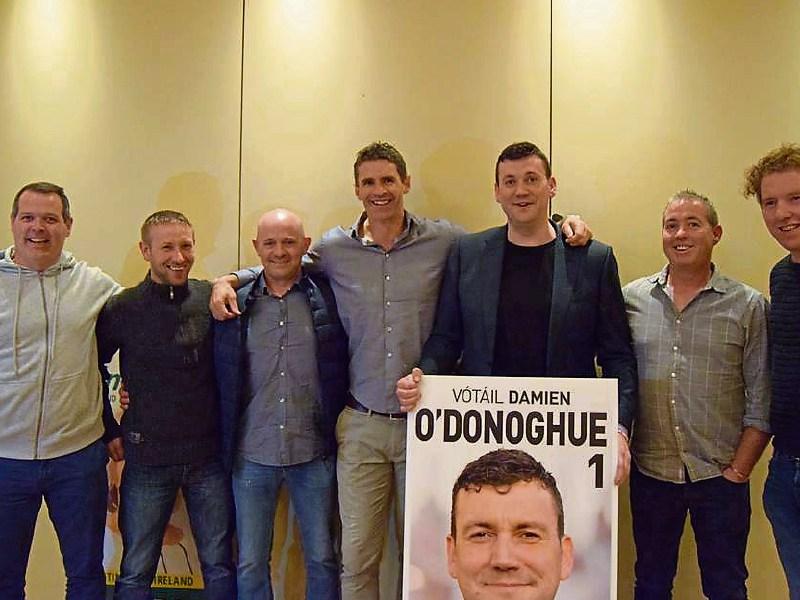 Health and housing were highlighted by Sinn Fein local election candidate Damien O’Donoghue at his campaign launch in Nenagh.

Mr O’Donoghue told a well-attended launch that there was a “national scandal taking place not 30 minutes away” in Limerick hospital where waiting times and people on trolleys were breaking records weekly.

He also described the funding and support around mental health as “pathetic”, and questioned the Government’s political will to tackle this issue.

Addressing what he called the “housing debacle”, Mr O’Donoghue said that people can not find affordable homes and were paying ridiculously high rents if they were lucky enough to find a house in the first place.

He also questioned why Tipperary County Ccouncil would increase rents so vastly last year without a phase in period and that this had left many people distraught.

Mr O’Donoghue also spoke of the underfunding of the arts in North Tipperary, the importance of supporting local businesses and the state of the roads and paths in many areas of the county.

Tipperary was the “forgotten county” and people were not being listened to, he said.

As part of a strong Sinn Fein team on the council Mr O’Donoghue said he will address these issues , and be a “voice for people when they were losing theirs”.

The SF candidate grew up in the Ballygraigue area of Nenagh and went to s chool in Nenagh CBS before completing his third level studies in University of Limerick with a Master’s in History.

He said that his study of history helped to inform his political choices and the link between the two and how good compassionate politics can achieve real change for people, a kind of politics that has been missing in Tipperary.

Mr Hogan spoke of Damien’s community and charity work over the last number of years, particularly in the area of mental health.

He highlighted Mr O’Donoghue’s role in political campaigns over the last decade, from the water charges movement to the rights of Palestinians, and his continuous speaking out against the actions of banks and people being evicted from their homes.