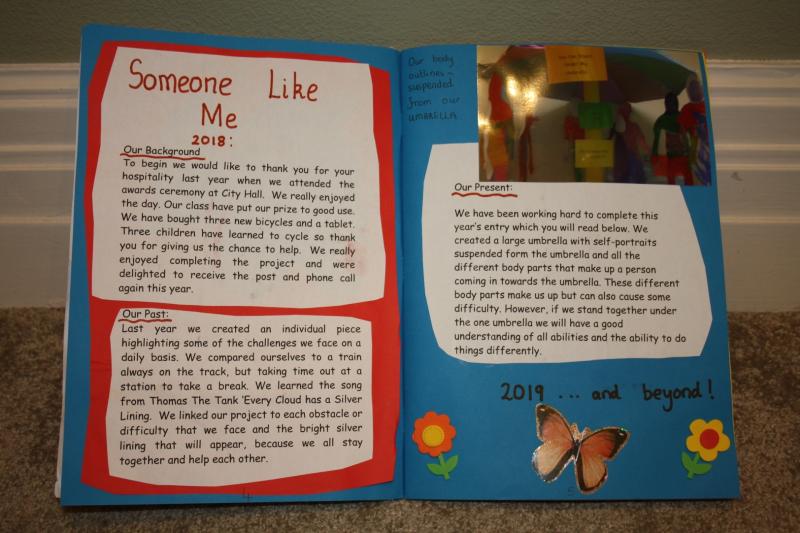 St Michael’s National School, Cloughjordan, has been named as junior county winners in the national art competition, Someone Like Me.

They now join 47 other schools to compete for the much national title at an awards ceremony to be held at Dublin City Hall on Tuesday, December 3, International Day of People with Disabilities.

The pupils of the school’s autism class 1, under the guidance of teacher Antionette Moroney, produced a colourful booklet introducing all the different things about the class.

It also shows a big umbrella in the classroom with silhouettes of the children showing that we're all under the same umbrella together.

The winning pupils were congratulated on their success by Minister of State with special responsibility for Disabilities, Finian McGrath.