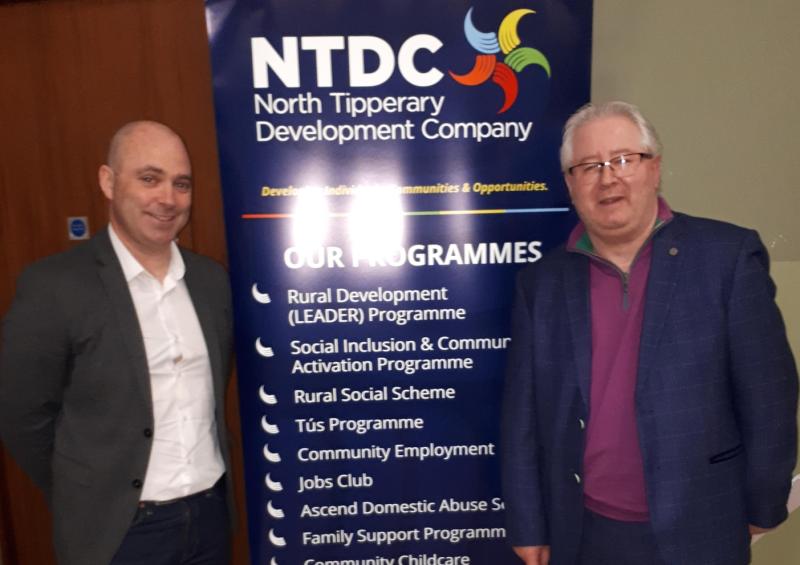 A social urban farm in the heart of Nenagh will help to unite the wider community and provide a hugely beneficial space for people with mental health needs according to organisers of the project.

Nenagh Urban Farm Group launched their feasibility study into the need for an urban social Farm in the town this March.

“The idea behind the farm is to bring different groups of people together. We want to create a space for people and there will be different elements to the farm such as sustainability, wellbeing and education,” says Gerry Coffey, one of the organisers behind the project. Organisers are now progressing in sourcing a 2.5 acre site in the town to develop the farm.

According to Mr Coffey, it is hoped the project could be in operation by 2022.

It is estimated that up to 2,000 people in Nenagh and its environs have mental health needs which Mr Coffey says is a key reason for getting the project up and running.

“We feel there is a great need for something like this in Nenagh, especially in light of Covid-19, as it has highlighted the importance of having these green, open spaces in urban areas,” he says.

The idea of Nenagh Urban Social Farm came about through the need for a therapeutic space based outdoors, open to the community and in nature. Social farming is a support offered to people in the community looking for a way to improve health and social inclusion. The idea of social farming is already a popular concept in the UK however the number of projects operating in Ireland has seen an increase in recent years.

In 2017, Social Farming Ireland delivered almost 1,700 placement days to over 120 participants on 28 farms, across 11 counties in the country.

Speaking at the official launch of the study in Nenagh Arts Centre, award winning author Donal Ryan said: “This is less a feasibility study as it is an overwhelmingly persuasive argument, backed up by precedent, by science, by sense and by cold economics.”

“There is within this study a series of outlines of ways in which an urban social farm could benefit a significant proportion of the almost 2,000 people in the greater Nenagh area who at any given time are in need of help with their mental health. The stark figures contained here, the case studies, and the cost and benefit projections offer empirical evidence of the needs for such a project in a place like Nenagh and its surrounds. It represents a natural expansion of the idea of nature as a healer, as nourisher and nurturer of the human spirit, as an infinitely generous guardian to us all.”

“The idea of a green space dedicated to therapy through engagement with the most fundamental elements of what defines us as a species; the growing of crops, the husbanding of animals, the drawing from the earth of sustenance, of life, is one of undeniable power, and innate beauty,” he said.