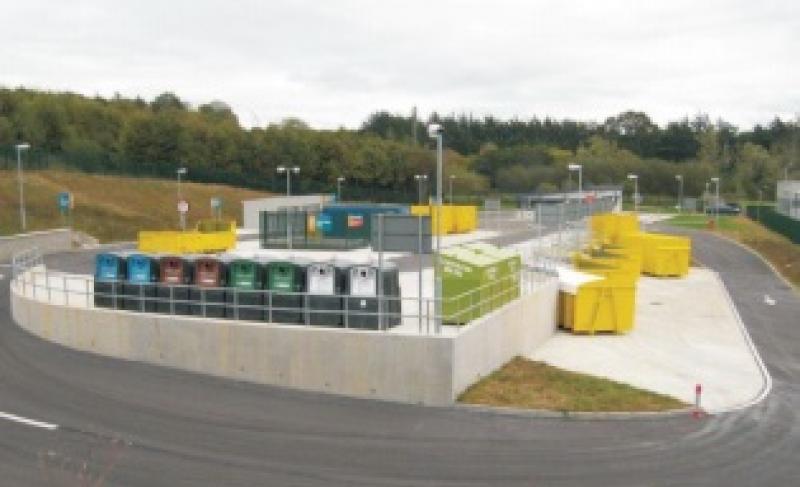 Nenagh Recycling Centre is due for an upgrade

Members of the Nenagh Municipal District Council have given their blessing to a €5million up-grade to the recycling centre and machinery yard in Nenagh having been assured that funding for the project will not impact majorly on roads allocations in the District.

The issue was discussed at the March meeting of the MDC this week following a presentation from official, Mr James Murray on the proposal which will basically see the recycling centre and machinery yard totally demolished and re-built as an up-to-date, modern, efficiently working facility catering for both needs.

The location has served the council very well indeed, he said, but the need in now there for a total up-grade of the facilities so that the modern demands of both the machinery yard and the recycling centre can be met.

“This is a 1.4 hectare site and it has been deteriorating significantly over the last number of years. Basically the project will see the demolition of everything on site and a complete re-build with a new machinery yard, new recycling centre and a new layout,” Mr Murray said.

The entrance to the facility will be re-aligned, the bitumen stores will be relocated and landscaping and lighting will be greatly enhanced in the project which will outline two very distinctive areas for two very different purposes.

Health and safety issues have resulted in the councils desire to move with this project right now and members heard that approximately €2million has already been set aside for the works.

The costs are thought to be in the region of about €4.4million, but until such time as exact drawings and costings are undertaken this is a floating figure which is like to move closer to €5million, members heard.

There were some concerns expressed by members initially with Cllr Hughie McGrath questioning how services can continue at the facility during the construction phase – continuation of services would need to be a crucial aspect, he said.
He was informed that this is a priority for the council and an alternative temporary machinery yard and recycling facility may have to be located during the construction phase.

Cllrs Joe Hannigan and Michael O'Meara were both concerned that the roads budget for the District could be significantly impacted while paying for the facility, but they were assured that the council would be funding the project over a lengthy period and it would be responsibility of the entire county, not just the local District.

A similar facility in Clonmel is currently streets ahead of the Nenagh site and the aim of the council is to bring them in line in terms of standard, efficiency and operation.

Director of Services, Mr Marcus O'Connor said that the recycling centre in Nenagh is by far the busiest in the county but it is operating from a sub-standard facility which requires urgent attention in terms of layout and equipment.
The new facility will be state-of-the-art and is badly needed in Nenagh, he said.

Cathaoirleach of the District, Cllr Seamus Morris welcomed the proposal as a fantastic step forward for Nenagh and said that every encouragement should be given to people to use the recycling facilities – he noted a spate of illegal dumping in Latteragh Woods in recent times and said that dumping is a real scourge in the county at present.