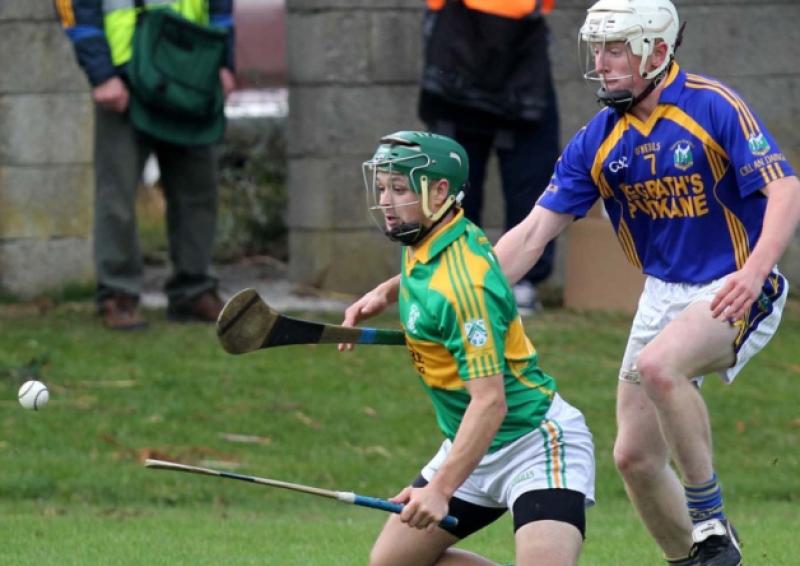 In a season of many hurling upsets it seems somehow appropriate that our domestic championship should follow the inter-county pattern.

In a season of many hurling upsets it seems somehow appropriate that our domestic championship should follow the inter-county pattern.

Sarsfields took a tumble very early in the series and now their heirs apparent, Drom and Inch, follow them through the exit door.

In racing parlance Nenagh Eire Og are coming with a very well-timed run in this championship. From a sluggish start up North they’ve gathered impressive pace in the county rounds.

Any team that dumps Sarsfields, Mullinahone and Drom/Inch out of the series deserves respect.

Some weeks ago I described them as the dark horses of the championship. At that stage you could get odds of 10/1 on their championship prospects but those digits have been well wiped from the board by now. They now wear the favourites tag to go the distance.

Their end margin over Drom was a single point but that raw statistic hardly does justice to the quality of their game-long effort. This was a well-drilled Nenagh side with focus and precision throughout, taking the game to their fancied opponents and winning from the front.

To begin with, like any good students, they had their homework done. Watchers at any of Drom’s previous games would have easily identified Seamus Callanan as the key man to be policed. Noel Moloney did the patrolling on the edge of the ‘square’ but Daire Quinn played as an extra defender in front of Callanan, sweeping up the breaks and cutting out supply.

It was a ploy that worked a treat in the first half especially as Callanan was kept out of the game and Nenagh set the match trend. Paddy Murphy put in a crucial early goal for Eire Og and that set the tone. Murphy and the Heffernans, Tommy and Michael, also chipped in with valuable points to eventually set up an interval lead of five.

Amazingly the Drom side that went to town on Loughmore in the Mid final could only manage six points from first half play, Johnny Ryan hitting half of that total and Callanan confined to just two frees.

Indeed it might have been even worse for Drom who had a let-off just before the interval when Ritchie Flannery was denied a goal by the referee’s whistle.

However, you can’t keep a quality player silent for long and in the third quarter Seamus Callanan finally left his mark on this game.

Admittedly he had to forage out from goal but in a fifteen minute spell he delivered 1-4 from play to haul Drom right back into this contest.

With ten minutes remaining Nenagh’s lead was back to a single point and a thrilling climax looked in prospect.

But there was an impressive composure about Nenagh and they weren’t about to be spooked by Drom’s fight back. Points from Mikey Heffernan, Paddy Murphy and Ritchie Flannery closed out this match at a critical juncture.

The game was deep into added time when David Butler flicked in a Drom goal in the final action of the match, but it was of academic interest only.

It was the best of the quarter-finals by a considerable distance and left one with the feeling that Nenagh look the best equipped side to now push on for ultimate honours.

They have all the traditional skill of Nenagh sides but looked tenacious as well, a side that will relish a switch to Semple Stadium for the remainder of the series.

The Moloney brothers supply the defensive backbone in an area where John Brennan did a power of hurling. At midfield Kevin Tucker is a survivor from past glory and Michael Heffernan leads an attack where the likes of his brother, Tommy, Paddy Murphy and Ritchie Flannery will take watching.

The opening game at Templemore saw Loughmore continue their rehabilitation after that Mid final defeat.

Killenaule began well but the dismissal of Declan Fanning before the interval was a game changer.

In his absence Loughmore’s greater breadth of hurling carried the day, though the Mid side will need to be much more economical in future games.

Killenaule began smartly and generally had the better of the first half. ‘Bubbles’ was excellent on the frees and a goal would have underlined their bright start but ‘Feisty’ was agonisingly wide after a fine fetch near the posts.

When the first goal came it was at the other end, Evan Sweeney beating Gerry Kennedy to level the game as we approached half time.

Then came the dismissal of Fanning who carelessly crossed the line a second time after being previously booked.

The goal plus the dismissal suddenly changed the complexion of this game though the sides were still tied at the break.

A Cian Hennessy goal for Loughmore early in the second half was a major item as they grabbed the initiative.

Killenaule did retaliate with a Kerwick goal midway through the second half but in the last quarter the Mid team outscored their opponents by eight points to two despite hitting a huge total of wides, Noel McGrath often the culprit.

Over to the Ragg then on Sunday where a big wind blew and no doubt contributed to quite a disappointing pair of games. Clonoulty looked to be in deep trouble at half time of the opener. They’d lost James Heffernan to a red card and had blown a succession of wayward wides while backed by the gale.

They were fortunate that John O’Neill found the net on a twenty-metre free because they managed just three points from play in that half.

To their credit the West side picked up form in the second period and did just about enough to survive, Timmy Hammersley’s late free the saviour after Ruairi Gleeson had given Kildangan the lead for the first time.

It goes to a replay next weekend and a chance for the West team to atone though they’ll now be without Heffernan having lost Thomas Butler to injury in the Toomevara game.

The second game was a letdown for the West too. Champions Eire Og got hit for two damaging goals early on, the first a fine individual effort from Conor Kenny but the second a defensive disaster.

They recovered well to hit some smart points but a single score lead after playing with that wind was never going to be sufficient.

Superb long distance free-taking by Brendan Maher drove Borris’ to a deserved victory in the second half, Eire Og failing to score from play in the same period.

I assume semi-final pairings will await the outcome of next weekend’s replay. Already three of our divisional champions are out of the reckoning, Kildangan the sole survivors. Local glory seems to mean little in the bigger race for Dan Breen.