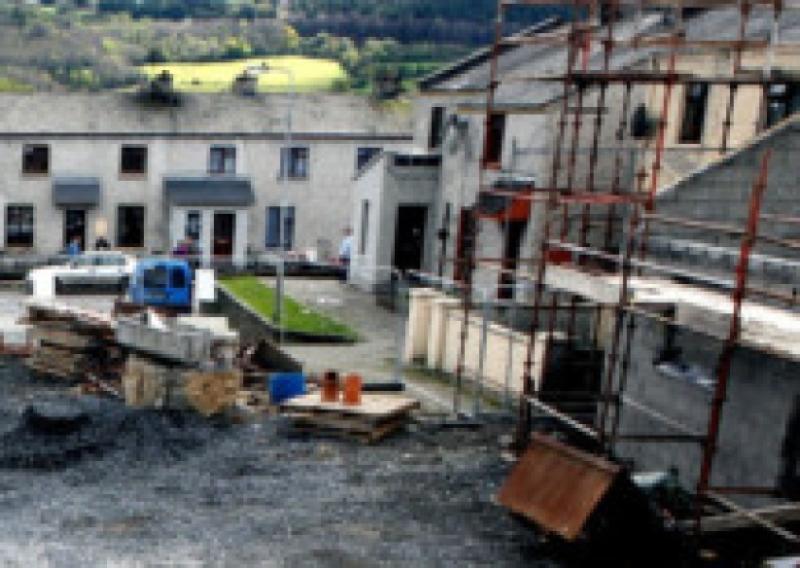 The commencement of residential construction projects in Tipperary has seen a dramatic 233 per cent jump across the county in the first two months of 2014, when compared with the same period in 2013.

The commencement of residential construction projects in Tipperary has seen a dramatic 233 per cent jump across the county in the first two months of 2014, when compared with the same period in 2013.

The figures which show the dramatic rise in the commencement of residential construction are contained in the National Housing Construction Index, compiled and issued by consultancy Link2Plans.

The data contained in the National Housing Construction Index is aggregated by Link2Plans from real time planning and project information in every local authority area.

According to Danny O’Shea, managing director of Link2Plans: “Nationally, a definite upward trend began to emerge in the last four months of 2013 and Link2Plans were the first to categorically state that the first quarter of 2014 would see a significant increase in residential construction activity. What we have seen in January and February of this year with project commencements has been nothing short of staggering.

“Three key factors have all aligned to create this huge increase. The first being a pent-up demand in the sector, the second being increased confidence to start new residential projects, and thirdly the rush to lodge commencement notices before the 1st March deadline for the introduction of the new building regulations. What was regarded as purely a regulatory change appears to have had a seismic impact on residential construction activity, greater than any increase arising from changes in last October’s budget.”

He saids that construction related statistics tend to be up to six months out of date which limits their usefulness to those actual working and providing services in the sector. The National Housing Construction Index from Link2Plans is able to quickly identify patterns and indications of activity in every county in Ireland.”

“There is further good news along with the increase in project commencements, with applications up by 45 per cent in Tipperary. A 21 per cent increase was recorded nationally, with only 10 counties showing a decrease over last year” said Mr O’Shea.

The National Housing Construction Index is produced by a team of researchers at www.link2plans.com and it relates to all Planning Applications and Planning Commencements throughout the months of January and February 2014 and gives a direct comparison with the same period in 2011, 2012 and 2013.