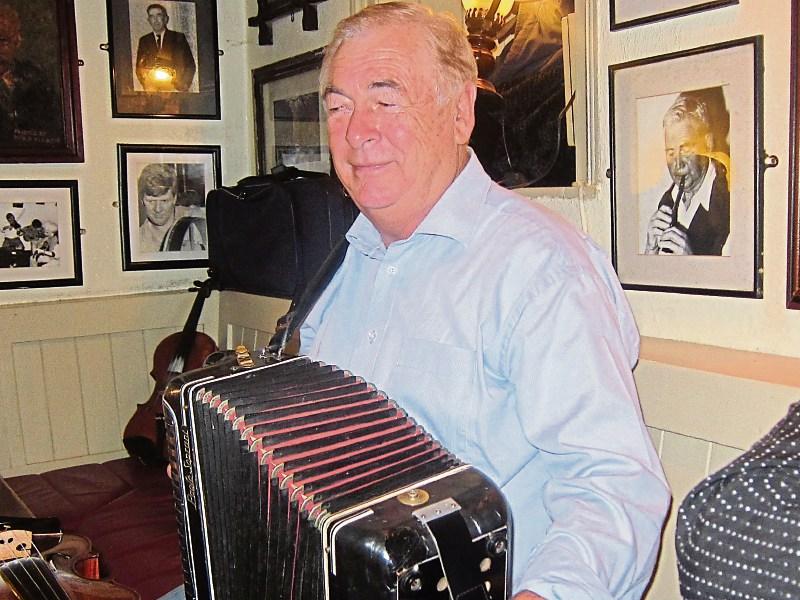 The golfing world and its friends in Nenagh this week paid tribute to legendary Irish golfer Christy O'Connor Junior, who died suddenly on January 6.

Mr O'Connor, best known for his two-iron shot that clinched the Ryder Cup in 1989, had lived in Derrycastle, Ballina, for the past number of years.

He was an honorary life member of Nenagh Golf Club and was well known throughout the area for his charity work.

A large contingent from the area attended both his removal and funeral in Galway this Monday and Tuesday, including club presidents Liz McKeever and Hugh Maher, and captain Michael Fitzgibbon. Also in attendance was former captain Michael Manning, who made Christy an honorary life member in 2011.

“He will be a loss to the golfing world,” said Mr Fitzgibbon. “he also loved the craic and the night he was made honorary member he played the spoons. He loved Irish music.”

“He was a magic man,” said Jim O'Sullivan of Rockys Bar in Kickham Street. “Himself and his wife Ann had settled in well outside Ballina. They were a lovely combination. He loved being part of the parish.”

He recalled meeting Christy only on Christmas Eve when he pulled up in his jeep with his son Nigel.

“He was looking forward to the new year,” he recalled. “All he wanted was a walk along the lakeshore.”

Jim also recalled that it was Christy who presented him with his captain's prize in 2011.

“He came along and mingled with everybody and sang a few songs,” he said. “He loved life and company.”

Jim recalled: I played golf with him. We just made an appointment and he said we'd go out and play.”

Jim described Christy as a great reconteur” who loved to listen to Milo Burke play the tin whistle in his pub.

“He was an extraordinary man in an ordinary way. He could relate to everybody, and if he could help you.

Meanwhile, Maura Boyle of Larkins Pub and Restaurant in Garrykennedy told the Tipperary Star that Christy was “everybody's friend. He would come here and loved the trad sessions. He played the spoons, the accordion and sang.”

She said he was a “very kind person who was always smiling. He will be a huge loss in this area. Himself and Ann were very settled in Ballina and would come up and down here on their boat.”

She also highlighted his charity work saying he was always willing to help out if he wasn't booked for something else. “He gave everybody his time.”

Ms Boyle described Christy as “very talented man who was just as good at music as he was on the golf course. It is such a pity he was taken so young.”

Neighbour and Minister for the Environment Alan Kelly said Christy was well thought of in Ballina.

“He contributed to the local community and was very much part of the community in North Tipperary and Portroe / Ballina. Our thoughts are with his wife and family,” he said.