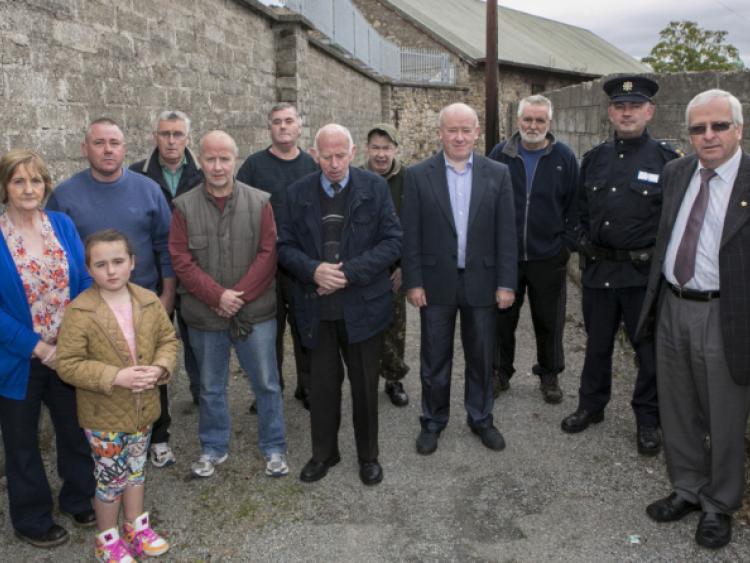 For many people living in an area of Clonmel, the closure of a laneway near their houses cannot happen quickly enough.

For many people living in an area of Clonmel, the closure of a laneway near their houses cannot happen quickly enough.

They say that drinking and drug taking is taking place there and it has been used to gain access to burgle houses, while attempts have been made to break into others.

In an incident a few weeks two young men who were said by locals to be “spaced out of their heads on drugs” exposed themselves to one resident. The peace of the area is disturbed by people shouting and roaring in the early hours of the morning, and eggs and stones have been thrown at some houses.

Residents campaigning for its closure say they have 95% support among people living in the area and they’re calling on the elected members of Clonmel Borough Council to close the lane.

Town Clerk Ger Walsh told this month’s meeting of the Borough Council that the problems at the laneway had been referred to the Anti-Social Behaviour Committee, while discussions had taken place with the Gardai.

The Council is proposing to extinguish the right of way to the lane. It will place a notice in the newspaper and request submissions from the public, which can include a request for an oral hearing.

“We have no peace or privacy. Many of the residents are elderly, why should they have to put up with this”, said JJ Burke from Sheehy Terrace. “People are roaring and shouting in that laneway up to 3 and 4 in the morning at weekends. The problem gets worse during the winter.

I know some people want to keep it open as a shortcut to town but where are they in the early hours of the morning when we have to deal with the consequences”, he asked.

An elderly resident, who lives in the area with her husband but didn’t wish to be identified said “It’s frightening. We have to keep our doors locked all the time”.

Stones have been removed from back walls and one of them was used to break the couple’s kitchen window.

“We’re fed up with the noise and shouting and bad language from people gathering there, especially at weekends. It’s gone to the stage where I cannot even sit out in my garden because I’m so frightened and nervous”.

A similar campaign to close the laneway 8 years ago failed, prompting some people to leave the area.

Johnny Campbell, another Sheehy Terrace resident, said that many people who wanted the lane kept open in 2005 now want it closed.

“People in Comeragh Drive and Comeragh Court approached us to close it”, he says.

He said that his shed had been broken into and tools worth €2,500 stolen. Empty cans and bottles, as well as bags used for drug-taking, have been removed from the lane, which he says is poorly maintained. The public lights flicker on and off and pools of water form there during heavy rain when the shores are blocked.

Eggs were thrown at his house and chicken carcasses laced with rat poison thrown over the wall into the yard where he keeps his dogs. Back gates are kicked regularly, frightening elderly residents, while walls have been daubed with graffiti.

Sean Blanche from Comeragh Drive says there have been a lot of problems in the lane over the years and the residents are afraid they will worsen. He said that people brought a horse and cart through the lane on one occasion, which was highly dangerous to children playing there.

Several attempts have  been made to burgle houses, he added.

One woman, who didn’t wish to be named, spoke of the time when she returned from town to discover her house had been broken into.

“The place was torn asunder. It was very upsetting, you never get over it”. Stones have been thrown from the lane at her house.

On another occasion a neighbour saw two people on the roof of the woman’s shed. She has since had iron bars fitted across her back window for protection.

Another man who didn’t wish to be named had an alarm installed since his house was broken into and a PlayStation and mobile phones stolen.