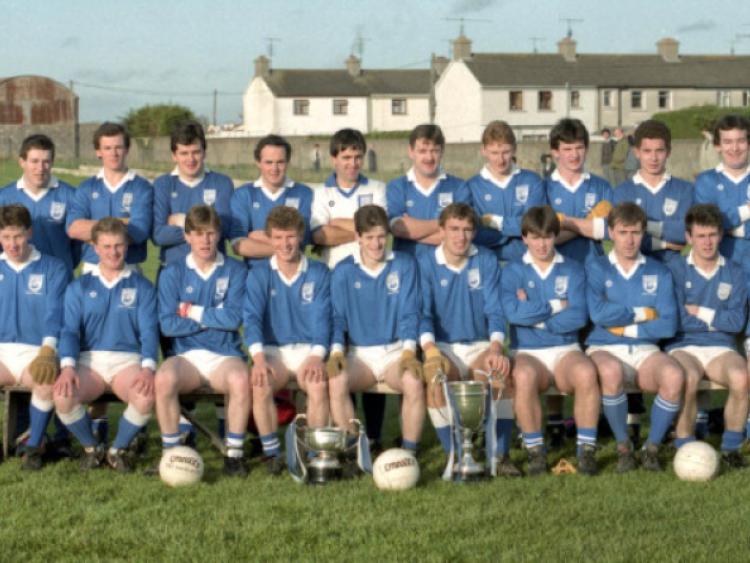 This year is the 25th anniversary of the Fethard senior football team that won the South and County Senior Football title in 1988 and their 17th title in all when they upset all odds to beat Commercials in an exciting county decider played in Kilsheelan.

Commercials came into this game as favourites to overcome a young and very inexperienced Fethard side but were rocked back on there heels by the determination of the Fethard side who fully deserved their 1-11 to 1-10 victory.

The game itself was played before a very large crowd and fully lived up to the expectations and to the fine traditions that both Fethard and their great rivals have established down through the years. It was close but sporting and in spite of the strong wind the football played by both teams was excellent but it was a desperately close game and the Fethard supporters hearts fluttered more than once in the final few minutes as Commercials laid siege on the Fethard goal. But credit to the Blues as they held out for the one point victory that sent players, supporters and management into scenes of great celebrations.

Fethard looked in trouble at half-time when, after playing with the wind, went in level 0-6 to 1-3 but somehow found the know how to see off one of the greatest Commercials’ teams of there club history.

This was a tremendous win for a club that was hit with injuries and emigration that year but they had a point to prove and they did that in style with a very young side that had a very sound defensive setup that, over the hour, withstood all types of pressure. This, however, was essentially a victory for teamwork spirit and determination allied with fine football. Even though only one point separated the teams at the end, Fethard were the better team over the 60 minutes as the showed tremendous courage when everything was going against them and that courage was rewarded with one of the club’s greatest ever victory that had some of the greatest players ever to wear the ‘Blue and White’. Fiodh Ard Abu!