Student project attracting the attention of Dept. of Education 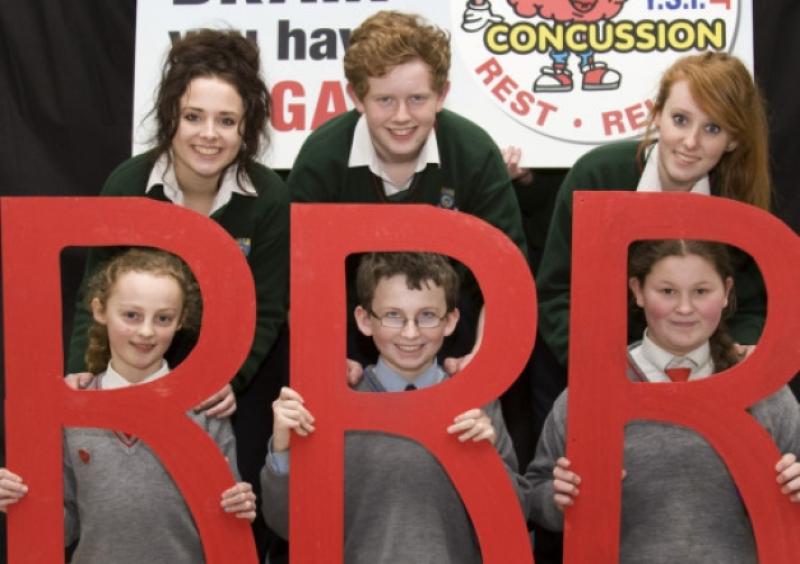 A Transition Year project by a group of Cashel Community School students might be considered as part of the new Junior Cycle Student Award.

A Transition Year project by a group of Cashel Community School students might be considered as part of the new Junior Cycle Student Award.

18 boys and girls from the school have been working on a project to raise awareness of concussion, its signs and affects, as part of the Young Social Innovators programme. They have already been awarded €1,000 in funding for their work by programme sponsors Vodafone.

Now their innovative work in raising awareness and educating young people has come to the attention of concussion awareness campaigner Peter Robinson, whose teenage son died following a concussion injury, and the Department of Education, who are sending an inspector to meet with the class.

The Community School group began work on the project when they returned to school last September. The Young Social Innovators programme is a bit like the Young Scientists but students pick a social issue they want to change. The Cashel group chose concussion and are working to raise awareness among young people, because they found that while there is a lot of information available on the condition it is very ‘wordy’ and more suited to professional sports people, not designed to be understood by young people.

The students met Mary Heffernan of Acquired Brain Injury Ireland, who explained the medical guidelines on concussion. They also worked with Cashel Gold Star and came up with a wall planner, in conjunction with Lion Print. The next step is to design an easy to understand info poster for changing rooms.

The innovative students have come up with their own awareness plan for young people - the ‘3Rs’ - recognise, report and rest. They have also created a cartoon character, Billy the Brain, to illustrate their message, and created bright symbols they can use in raising awareness, which can be seen in our photo from when the students visited the local primary schools.

The campaign can be see on Facebook at ‘Without your brain you have no game.’