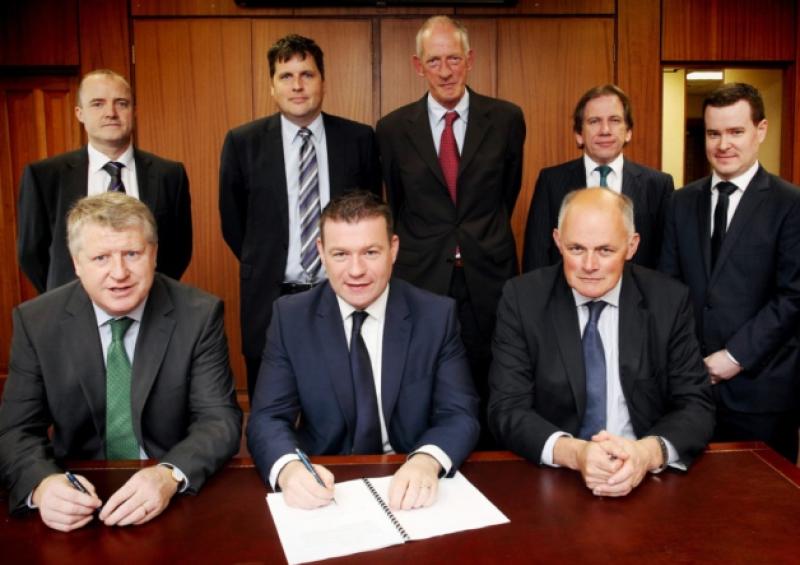 The Minister for the Environment, Local Community & Local Government, Alan Kelly, has confirmed that the contract has been signed to ensure delivery of gas to Nenagh.

The Minister for the Environment, Local Community & Local Government, Alan Kelly, has confirmed that the contract has been signed to ensure delivery of gas to Nenagh.

The gas link project will see the first natural gas being piped into the town next spring, with the entire town being connected by mid-summer 2015.

“This is a hugely significant development for the town. It is the single largest investment in Nenagh in many decades,” said Minister Kelly.

The project involves an upgrade of the east Limerick pipeline that runs to Birdhill and serves Ballina and Killaloe. The pipeline will be extended to Nenagh, with the proposal to run it along the old N7. The pipeline will cover every artery in and out of the town and every street in the town.

“Gas provision will create a huge competitive advantage for Nenagh. Energy consumption and the cost of oil and other energy sources are now one of the largest, if not the largest cost concerns for businesses and employers in Nenagh. Oil has become hugely expensive and its price is constantly fluctuating. Getting gas into Nenagh will protect jobs, create many more and bring inward investment,” said the Minister.

It is estimated that natural gas will save Nenagh business and public buildings, including schools, between €20m and €30m in energy costs in the first five years.

Nenagh will be the first town in North Tipperary to get gas and Minister Kelly said there was potential to see it delivered to Roscrea and Thurles.

“After the last few years of hard work by all of the Nenagh Gas Committee, it is a hugely significant day to have the contract signed. I worked tirelessly to make this happen, it was the single most import project I wanted to deliver for Nenagh,” he said.