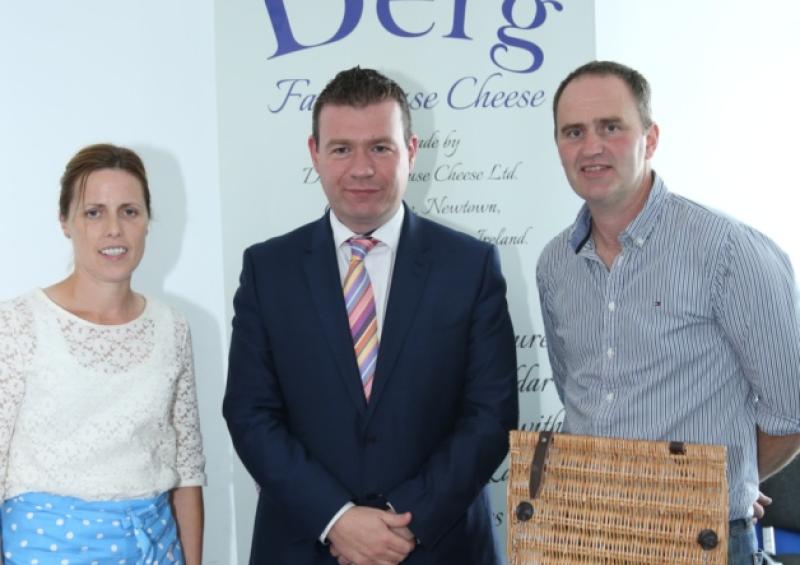 The corridors of LIT in Thurles were thronged with more than its students last week as the “Who To Talk To” event brought over 300 people associated with business and enterprise in the county of Tipperary onto the campus.

The corridors of LIT in Thurles were thronged with more than its students last week as the “Who To Talk To” event brought over 300 people associated with business and enterprise in the county of Tipperary onto the campus.

This very successful event for intending and existing businesses in Tipperary, was organised by Tipperary County Council and its Local Enterprise Office in partnership with LIT, Enterprise Ireland, Tipperary Education and Training Board, the Department of Social Protection, Teagasc, North Tipperary LEADER Partnership, South Tipperary Development Company and IDA Ireland. The event attracted over 300 visitors to the LIT campus where they had the opportunity to meet with over 40 support organisations and agencies as well as 30 successful enterprises which had been assisted by Enterprise Ireland, the Local Enterprise Office, the Tipperary Development Companies or LIT.

The event was formally opened by Mr. Alan Kelly TD, Minister for the Environment, Community and Local Government who paid tribute to all involved in the organisation of the event, saying that it typified the co-operation and collaboration in the delivery of local services and support which was envisaged by his Government.

The event was also attended by Councillor Michael Fitzgerald Cathaoirleach Tipperary County Council, who chaired an address by Mr. Sean O’Driscoll, Chairman and Chief Executive of The Glen Dimplex Group which is a worldwide company, the world’s largest manufacturer of electrical heating and with significant global market positions in domestic appliances, cooling, ventilation, and renewable energy solutions. Mr. O’Driscoll spoke of his experiences in working with the Glen Dimplex Group which employs 10,000 staff and detailed the lessons he had learned about how to make a company successful nationally and internationally.

Mr. Bobby Kerr, the well-known radio presenter and TV Dragon, shared his experiences of setting up a number of companies, of the need to collaborate to gain scale and of the importance of integrity, innovation and a positive attitude. He also judged the Best Stand Competition which was won by Noel Cahill of Mr. Sports Gift, with Robert & Ann Tormey of R&A Meats Ltd., being the runners-up.

In addition to these keynote addresses the audience were given presentations by a wide range of organisations that can assist businesses in Tipperary including Tipperary County Council, The Local Enterprise Office, Enterprise Ireland, Bord Bia, InterTradeIreland, Microfinance Ireland, The Department of Social Protection and Failte Ireland.

The Chief Executive of Tipperary County Council, Mr. Joe MacGrath in his closing remarks noted that this was the third running of this event and the first as an all-county event. He thanked all of those who had organised the event and noted that Tipperary had a strong tradition in entrepreneurship, he said that Who to Talk To would continue as an annual event for businesses in Tipperary which would both encourage new enterprise and stimulate the growth of existing businesses.