Senior citizens dance the night away at Christmas party 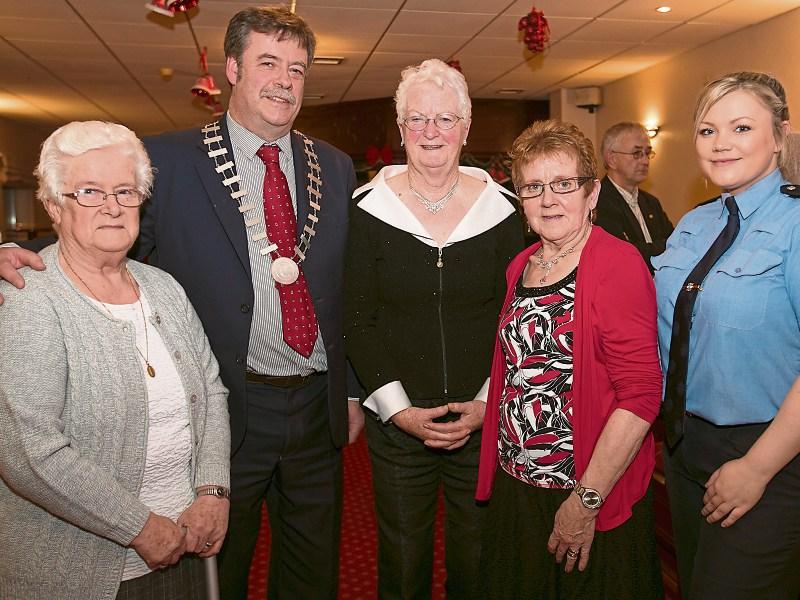 Clonmel's Community Gardaí served up a Christmas dinner and a party to remember for 124 senior citizens at Hillview Sports Club.

This was the second year of the free Christmas bash for the "young at heart" organised by Clonmel Garda District's Community Gardaí, in association with Clonmel Lions Club, and it proved to be a huge success, with party goers dancing the night away after their meal of turkey, ham and pudding.

Garda Superintendent William Leahy said that despite bad weather the party attracted 124 guests from Clonmel, Fethard, Kilsheelan and Carrick-on-Suir, which was a significant increase on last year when close to 100 sat down for dinner.

"It was a great night. Eight members of Banna Chluain Meala performed and Cahir- based Garda Inspector Eddie Golden sang and played music for the senior citizens. The dance floor was full all night", said Supt. Leahy.

Clonmel Civil Defence and Irish Red Cross volunteers assisted the Gardaí at the party, which was also attended by local TDs and councillors.

Supt. Leahy said the Community Gardaí plan to host the party for senior citizens of the Clonmel Garda District again next Christmas.

He thanked all involved in organising the event including the Civil Defence, Red Cross and local hackney drivers, who provided transport for some guests; Clonmel Lions Club, Banna Chluain Meala, Inspector Eddie Golden and the Carers Association, as well as June Looby and her staff who provided the food.

He also thanked Hillview Sports Club for giving permission to host the party in its clubhouse for the second year-in-a-row.