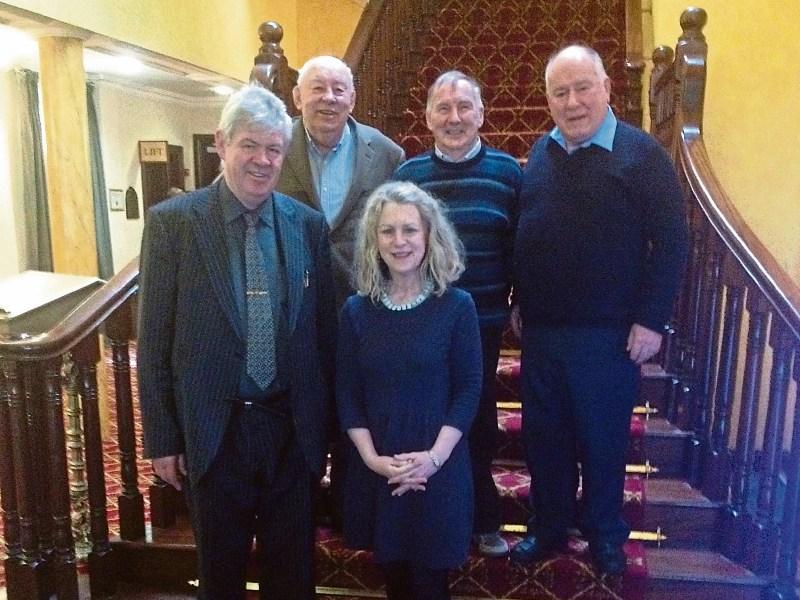 Limerick man Joe Coleman who is writing a book entitled “Falling Gradient – Limerick’s Railway Connections, The People and The Times” on local railways in the area, met up recently with former Nenagh railway workers Ger Lewis and Victor Long as well as Brendan Treacy and Virginia O'Dowd of Nenagh Community Rail Partnership in the Abbey Court Hotel, Nenagh.

Joe’s book will be different from other railway books as it will be people focused and will deal with, among other lines, the Ballybrophy line as well as the short lived and intriguing Birr to Portumna line that has become famous by its name, The Stolen Railway.

County Tipperary will be well featured and will include a social history spanning more than 140 years, taking in the major events and how they impacted on the railways including; The 1916 Rising, The War of Independence, The Civil War, The Fuel Crisis During World War 2, The Bitter Railway Strike of 1950/’51 and some of the major accidents such as the Roscrea Runaway 1910, Straboe 1944, The Cahir Accident 1955, and Buttevant 1980. The book is due for publication towards of end of September.