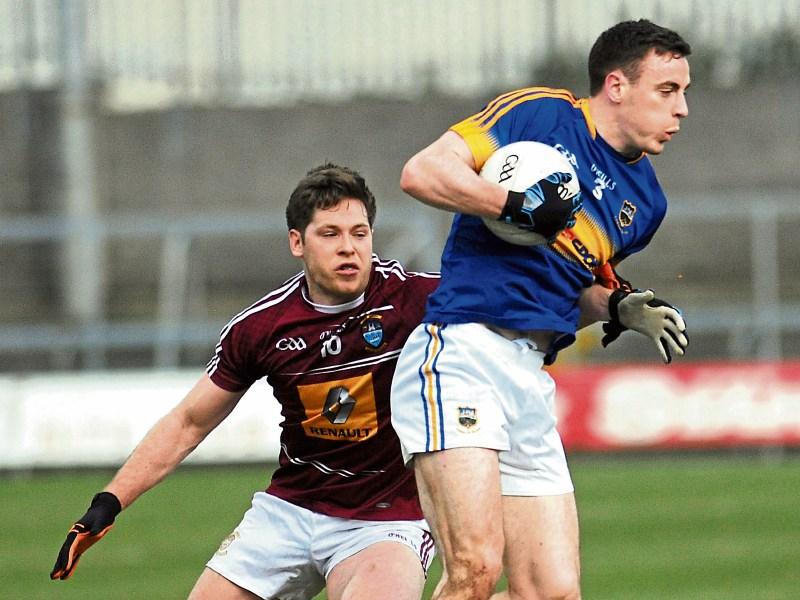 Tipperary welcome Offaly to Semple Stadium on Sunday next (12.45 pm throw-in) hoping to continue their unbeaten run in Division 3 of the National Football League with a victory.

Following away draws to Limerick and Westmeath plus a home win in between at Sean Treacy Park in Tipperary Town against Clare, next Sunday's game will “demand real ambition” from Tipp, according to team selector, Tommy Toomey.

“The way I see it is simple, we have four points and so have Offaly and whoever shows the real ambition on Sunday can put themselves in line for possible promotion. Six points guarantees safety in Division 3 and gives a team confidence to push on for promotion with three games to go. So it is a big game for both teams in Thurles and we will be giving it our all,” added the Arravale Rovers clubman who led Tipp under 21s to Munster glory last year.

“Against Westmeath we were a bit of a mixed bag. We didn't play particularly well in the first half, were jittery at times, and turned over 25 balls in the first half alone which is normally the count for a full game. We were nervous at times and some of the young lads stuggled on occasions. But then the changes settled us, particularly with Clonmel Commercials Jason Lonergan and his injection of pace.

“Westmeath were difficult to break down with their permanent sweeper system and some of our decision making and use of the ball was poor so we made it harder on ourselves at times. They came at us at the start of the second half with some good scores and I thought we showed great character to come back from three down, and then we came back again at the end. That was great character from our boys to get a result,” added Tommy who is also manager of the Tipp under 21 team to face Kerry in Tralee on Wednesday week in the first round of the Munster Championship.

“We are reasonably happy with our start to the league and our unbeaten run and we are glad to have our Commercials players back. But Sunday last was our first time playing together and we need to be together a lot more to bring the team on. From that point of view the Westmeath game will stand to us.”

Regarding the injury situation Tommy added.

“Shocks (Colm O'Shaughnessy) took a heavy hit on the shoulder on Sunday last but the X-ray revealed no serious damage; he will be sore for a few days and out for a few weeks. We thought Ian (Fahey) had broken a thumb but again, thankfully, it wasn't as serious as first thought so he is still a possibility for the Offaly game. Philip Austin will have a fitness test later in the week to check out his hamstring which he tweaked last week. And hopefully we will have some others back in contention for places very soon,” said Tommy.

“Sunday is a big one for us and we are hoping the hurling followers will come in early and give us a lift. A win could open up the prospect of Division 2 football while on the other hand if we lose we could end up fighting a relegation battle. There is a bit at stake on Sunday then,” concluded Tommy.

Sunday’s opposition, Offaly, have recorded good wins already over Longford and Sligo but were well beaten by Division 3 favourites Kildare.

Their manager, Pat Flanagan, who previously managed Sligo and Westmeath, has a real fighting spirit instilled in his young side with youthful forwards like Peter Cunningham and Anton Sullivan coming through well. They also have options in midfield with Niall Smith back and starting.

Niall McNamee still remains their key man up front and while he was sent off for the first time in his career against Sligo on Sunday last it was for two yellows. The Rhode clubman will definitely start against Tipperary perary on Sunday next.