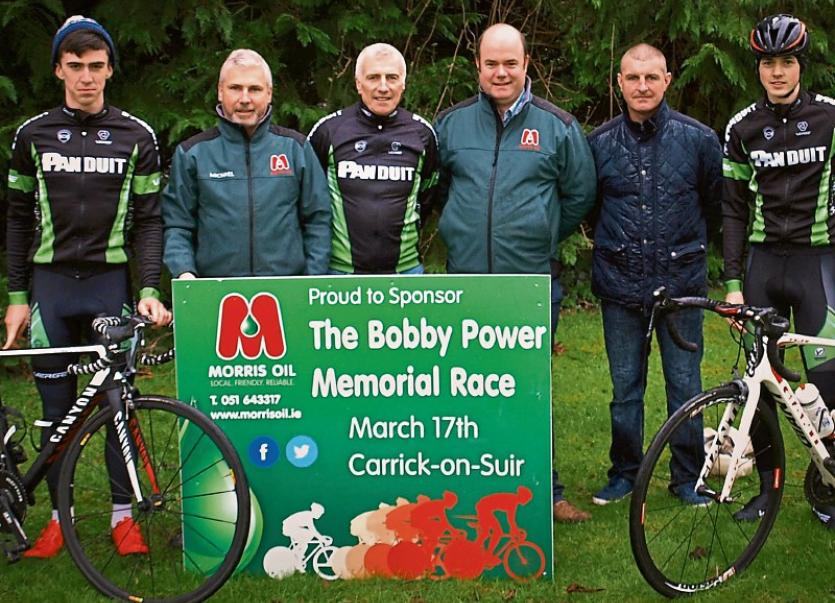 Panduit Carrick Wheelers John Dowley has taken his second win in as many weeks in the A4 Ras Luimni.

The two lap 60 kilometre affair was run in ideal conditions for spring racing on a course that favoured a strong all round rider.

The route featured many short climbs dotted along the lap, sapping the legs of all the riders and whittling the group down each time. Dowley raced a good race keeping safe within the bunch and saving energy for the decisive move which was to come. With one kilometre remaining the race swung left onto the first of two ramps up the finish line and it was here that Dowley put in an impressive acceleration, leaving riders in his wake and soloing to the finish line to take his second win this season. Dowley has now scored enough points through his two victories and an impressive top five placing to earn him an upgrade to A3 where the longer races are sure to suit him. Elsewhere in the A4 race new Panduit Carrick Wheeler’s member Gary Parsons finished with the main pack sprinting to an impressive 5th place up the tough drag to the finish line.

In the A3 race run over three laps of the same circuit, Panduit Carrick Wheeler’s Andrew Ahearne infiltrated the day’s breakaway building an advantage of a couple of minutes at one stage. Multiple attacks followed with one rider going clear and the rest being caught by the main pack setting it up for a bunch finish for second place. Andrew, not leaving his day’s effort go to waste, came home in an impressive 5th place.

Panduit Carrick Wheelers Cycling Club will hold their annual Saint Patrick’s Day races on this Thursday. There will be three separate races, covering the various categories, on a new circuit, which takes in the townland of none other than Sean Kelly, from the start/finish line at Crehana via Mahon Bridge and Kilmacthomas village.