Renewed call for cameras after glass panels are broken again 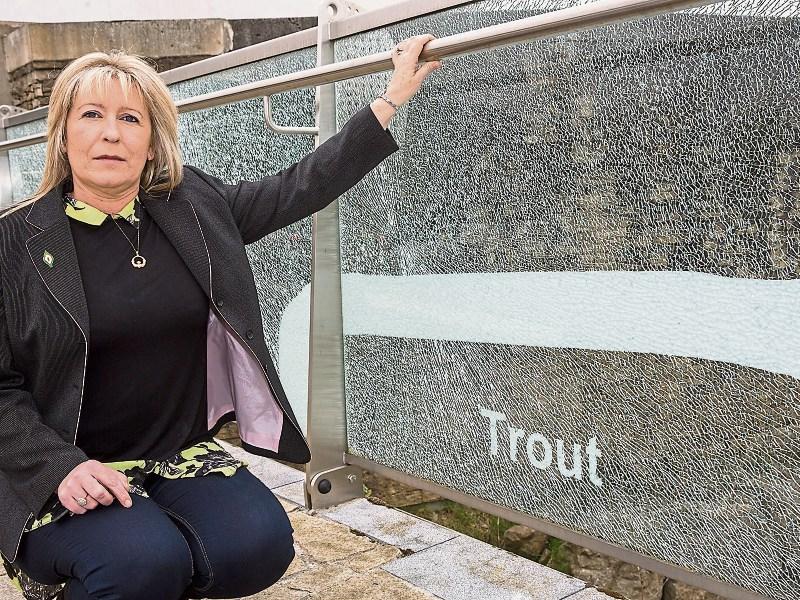 A local councillor has repeated her call for cctv cameras to be installed at the Old Bridge in Clonmel after several of the glass panels in the Dry Bridge were broken by vandals.

"I was horrified to see this week that fourteen panels of glass have now been smashed on our beautiful bridge", says Sinn Féin's Councillor Catherine Carey.

"This bridge, which was once a beautiful landmark over the Old Bridge in Clonmel, has now become a clear reminder of the anti-social behaviour that is rife in our town",she said.

"Tough laws need to be introduced to combat these vandals, who have no respect for anything.

It's an absolute disgrace and I sincerely hope the perpetrators are caught and made to pay for their crime.

After three of the panels were broken last August Cllr. Carey asked the County Council if cameras could be installed at Green Lane to stop further damage being done.

"Unfortunately my request fell on deaf ears", she said.

The bridge was redesigned during the flood relief works along the Suir in Clonmel and the Dry Bridge, which replaced the multi-arch stone bridge, is a modern and contemporary structure of concrete, stainless steel and glass.

The glass panels may be lowered when the level of the river rises, which helps to prevent flooding in the area.

Etchings have been included on the glass parapets, which reflect the path of the river from Turn of Abbey to Sir Thomas' Bridge. Also included are river musings and experiences.

These etchings were designed by local architect Kenneth Hennessy, in conjunction with local community groups.

The series of bridges that connect the community of the Old Bridge with Clonmel reopened to vehicular and pedestrian traffic three and-a-half years ago after they were rebuilt as part of the town's Flood Relief Scheme.