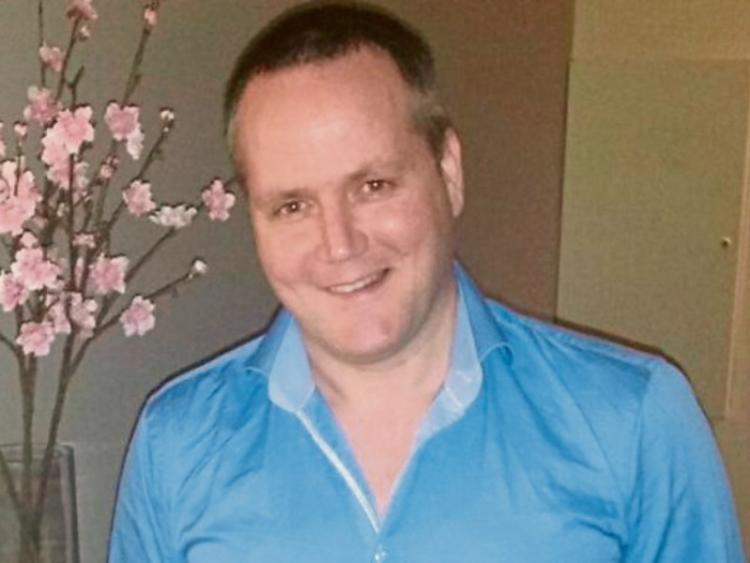 A former Tipperary footballer who was diagnosed as being bi-polar and has suffered mental health issues including acute anxiety, panic attacks and anxiety stemmed issues with speech in school from an early age, now believes that he was mis-diagnosed and is telling his story to help inspire others to follow a similar path to better times.

Thurles man Bill Fitzgerald, 41, an outstanding underage GAA and soccer player, who also played u-16 minor, U-21 and for The Premier County footballers and also played youth soccer for TSDL, has been on a long and difficult journey going right back to his youth, but is now emerging with a wealth of experience and with an understanding of where he has been, how he got there, and how best to move on in the future.

The youngest of Pat and Joan Fitzgerald, Boheravaroon Thurles' six children, Bill's mother developed breast cancer whilst expecting her fifth child Siobhan. She required surgery in June 1973 and would spend a month in hospital. Siobhan came into their lives in February 1974 and then on March 19th, at a month old she sadly died of a cot death, leaving the family devastated and traumatised.

The trauma of having their mother in hospital for so long had affected some of Bill's brothers who had been sent to relatives in Holycross while Pat was at his wife's bedside. Two of the older boys displayed acute anxiety during this period as a result of the upheaval.

"There were further complications with Mam being rhesus negative and myself, Siobhan and my older brother John being rhesus positive. After Siobhan, Mam was advised not to have any more children but I was born March 26th 1975 2 months premature and I spent a month in Holles Street. I was kept in my parents' room when I came home as they were terrified the same thing would happen to me. I was kept there until I was five whereas other siblings were in their own room after six- eight weeks. There was a naturally over protective mother and father who had neither the time nor the tools to grieve in the way we take for granted nowadays.

“I believe that the anxiety I went through was the grief Mam went through with cancer and cot death prior to my birth. Even when pregnant with me she must have been extremely anxious. This was never an overnight realization- we never talked about it properly. I didn't even realise that Mam had cancer when pregnant with Siobhan until just last summer," Bill told The Tipperary Star this week.

After counselling, reiki therapy, vitamin therapy, Bill took opinions elsewhere including Prof Ivor Browne. His and other medical health professional opinions believe that the very stressful days before and after his birth, and his childhood contributed directly to his mental health issues which had previously never been explored or examined.

"I had two hospital admissions, the first involuntarily, and had undergone therapy since 2010 in a bid to try and salvage a relationship and figure out what was going on with me. I have had about 70 sessions of counselling at this stage whereas the average Irish person has between 5-8 sessions. But, I was determined to find out the cause of my problems and I wasn't happy with what I was being told, until the suggestion was made that I was not bi-polar and that my issues stemmed from elsewhere. I read self help books, listened to binaural relaxation music, used a lot of postive thinking techniques (positive posters on my bedroom wall in Dublin). I was looking to try anything and everything I could to be like my friends and have a normal life" Bill said

There have been a number of tipping points in Bill's life but one which he regularly quotes surrounds an U-16 football game in which he starred for Dúrlas Óg in a county semi-final. He destroyed the opposition with his display and was on top of the world.

However, a few hours later he was profoundly depressed and did not know why."I felt so alone-no emotion, just empty. This would be how I would feel throughout my adult life-unfortunately I knew no different. I would have 2-3 big depression episodes a month where all I wanted to do was escape and hide from the outside world" Bill said

Bill seemed like a normal teenager but the mask he wore for the rest of the world, was wrecking his own inner world. His insecurities led him to want to be the best in school, the strongest, the fastest, the biggest amongst his friends - when this did not happen for him, it became one crushing blow after another to an already fragile and insecure being.

Bill rails at many of the current slogans regarding mental health - 'It's OK not to feel OK' and the like. It's not that he has difficulties with the work being done by the various organizations who promote positive mental health, it's just that he feels deeper probing is necessary to get to the real kernal of problems."In my own experience, it wasn't enough for my exes who felt the brunt of my untreated mental health. This is very hard on relationships going forward. There is a tipping point of where "Its OK not to feel OK" is effective. This destroys relationships and makes it very difficult for partners and family to cope. There has to be a deeper message sent out to work on yourself as much as possible with no facilitation,” he says.

The suggestion by a psychiatrist that Bill might have been misdiagnosed and is in fact not bi-polar, forced the employee of Triangle -IT consultancy company in Dublin to delve deeper into his subconscious.

He re-visited the past and with the help of professionals stripped away the layers which concealed the source of his anxiety and ultimately the root of the problems he has lived with all of his life.

Bill has been on medication for many years - lithium mostly. He is now working with his medics at reducing the dependency and thanks to Reiki and high dosage vitamin therapy in the Bio Balance facility at Donnybrook, he is making great progress and has reduced lithium by 20% since November 2015. It will be a slow process but taking it slow is very important now given Bill's improved quality of life since 2014.

A number of difficulties in relationships led Bill to pursues answers. He wanted to find out why he was not the same as his friends and his relentless thirst for self knowledge has ultimately led him to find a path which he feels is right for him, and could well be right for many more people.

"I'm not saying that everyone who has mental health issues is the same as me, but maybe there are some. Hopefully, by speaking about my issues others might be able to follow the same path. I have been on a long journey and have made so many attempts to find answers. I would be delighted if others were able to learn from my experiences and help themselves too. This is hard -counselling is hard. People with mental health issues get facilitated and maybe even protected too much - that never happened to me.”

“One in three people work with a bipolar diagnosis - how many people will never really achieve their potential because of a medical tag put on them and one they live up to themselves?

High profile personalities such as Bressie and Conor Cusack - brother of former Cork goalkeeper Donal Og - have spoken and written about their experiences with mental health. But, their advice and suggestions while very worthwhile don't tell Bill's story.

"I have never seen a mental health advocate talking about this who has come through the hospital system-I don't believe mental health will be resolved by celebrities. They are doing great work, they really are, its just their story is not my story if I am being 100% honest.I have spent approximately 5 months in total in hospital with this-the last time being in 1998," Bill said

Agreeing that it is probably a combination of his exploration and his own maturity which has brought him to the point in life where Bill is content, happy and wishing for the same things in life his friends enjoy - relationships, family etc.

“Being honest its 90% therapy and 10% luck I could be 60 and just as lost,” he says. His son Joseph is very precious to him and Bill is happy that the Ireland of today is far more open to solving mental health issues than the Ireland of the seventies and eighties which, in many cases, didn't even recognise them - he suggests that had he been given the opportunity to visit a psychologist at the age of sixteen, his life could have changed profoundly.

Today, Bill Fitzgerald is well, healthy and possesses a zest and energy for life. He is determined to make up for the lost years when life was difficult - he has removed the thorn from his side. And, he is determined to help others where he can.

Perhaps your story mirrors aspects of Bills - if so, follow his lead. Go to the ends of the earth to be well.Because it is worth it.