Holycross man to be Bishop of Mzuzu in Malawi 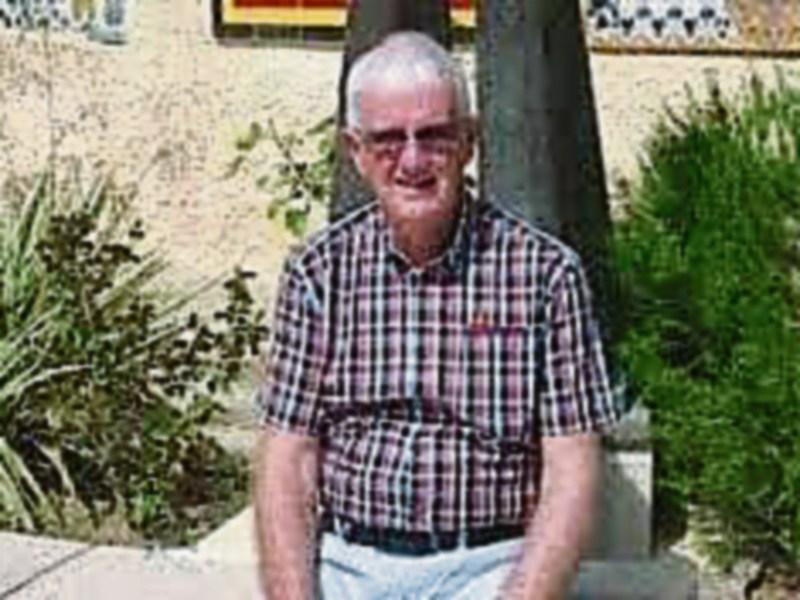 The parish of Holycross Ballycahill is walking on air this week following the announcement by Pope Francis that local man Fr John Ryan, The HIll, Cormackstown has been selected as the new Bishop of Mzuzu.

Rev Professor John A. Ryan of St Patrick’s Missionary Society, is son of the late Mr and Mrs Pierce Ryan and his imminent appointment as the new Bishop of Mzuzu in Malawi has created real excitement in the parish and amongst his family members including his brothers Martin, Pat, Bill, Percy, Tom and Pascal, and his sister Peg. He has two deceased sisters also, Anne and Mary.

"I have mixed feelings about it to be honest as I had intended retiring next year. I knew that my name was being mentioned for the position and when I heard it first I would not have taken it on. But, my colleagues and friends persuaded me to take the position over the last few months and when it was announced this week, I had my mind made up to take it on," Fr John told The Tipperary Star this week.

A member of the Kiltegan order, Fr John has spent almost forty years in Malawi and is head of the Mathematics Department, in the University of Mzuzu, where he specialises in coding theory. He succeeds Bishop Joseph Makasa Zuza, the president of the Catholic Bishops Conference of Malawi, who was killed in a road accident in January 2015 after a decade in the position.

Announcing the news, St Patrick’s Missionary Society said it wished Bishop-elect John “our prayerful good wishes as he becomes the new shepherd of the diocese of Mzuzu”.

Bishop-elect Ryan was born in Holycross in 1952. He was ordained a priest in June 1978 - and was the first priest in 800 years to be ordained in Holycross Abbey, where he was also baptised and Confirmed. He is a past pupil of Scoil Ailbhe CBS primary school in Thurles, Thurles CBS Secondary School and St Kierans College in Kilkenny. Since his ordination he has served in academic and pastoral roles from 1978 to 2005 in St Paul’s parish in Mzimba (Mzuzu); St Stephen’s in Kapuro (Mzuzu); St Mathias’ parish in Misuku (Mzuzu); head teacher at the Community Day Secondary School in Misuku (Mzuzu); as head of the minor seminary of St Patrick in Rumphi (Mzuzu) and he also spent time teaching maths in Ireland.

From 2000, he served as chaplain to the Holy Rosary Sisters in Katete; and between 2005 and 2011 he ministered as a chaplain at the University of Mzuzu where he also worked as professor of mathematics; he also served as assistant chaplain of St Augustine and its outstations and as a member of the college of consultors.

The Prefecture Apostolic of Northern Malawi was erected in 1947, and was elevated to the status of the Diocese of Mzuzu in 1961. It currently has a Catholic population of 400,000. The diocese comprises the northern districts of Rumphi, Mzimba, Nkhata Bay and part of the central district region of Kazungu. In total the diocese has 11 parishes.

Fr John was thrilled but surprised to hear of the very positive reaction in his native parish and is looking forward to coming home in a few weeks time - he will be in Rome for an induction and will jump on a plane to Ireland when he is finished there. He was also amazed to hear that a number of his family members will be making the trip for his installation.

"It will be a huge challenge for me as bishop but I am delighted to have so many good people to rely on. I would have taught many of the current priests in their formation and they are good men. It will be an advantage to know them all so well and to know the diocese also," he said.

Fr Ryan will receive a very warm welcome when he gets home in a few weeks time with his family and friends extremely proud of the news. He is wished well by everyone in mid Tipperary and further afield.