Hurling for Syria proves a great success at The Source

Author Donal Ryan reads at the event in Thurles 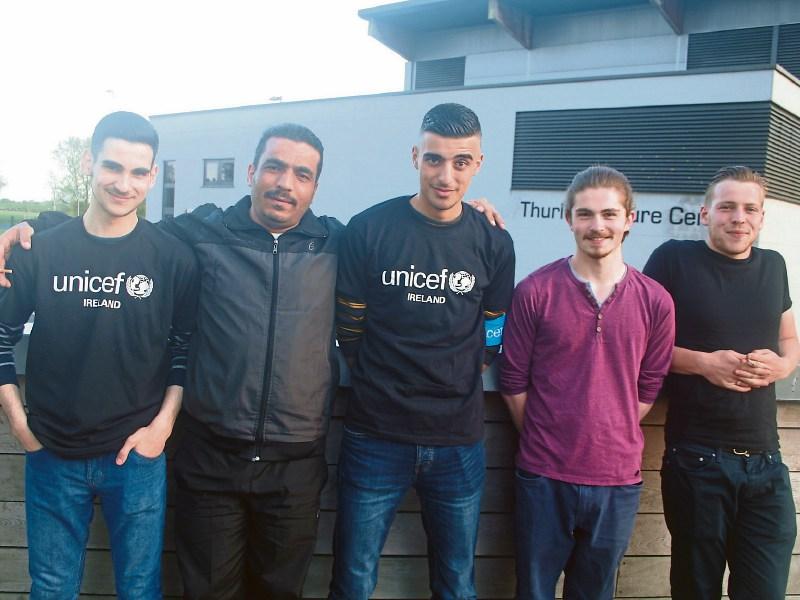 Donal Ryan at The Source on the 13th May proved to be a stirring night of story and conversation in Thurles.

Hosted by two Thurles residents, Nada Alhariri and Ghassan Khalouf, the purpose of the evening was to raise awareness on the brutal effect of war on children’s education. Nada and Ghassan, both escapees from the war in Syria have been living in Thurles with their families since March 2015 and both attend school locally. With the war in Syria ongoing, the evening offered a way to highlight the fact that despite the news reports of the migration crisis affecting Europe, most Syrians are currently grappling with the difficult reality of life in Syria, Jordan and Lebanon.

Beginning the night at the Source with Akram Shibly’s harrowing documentary, ‘Waiting at the Door’, it was a chance to hear first-hand from children and their hopes and dreams for the future. Nada Alhariri introduced the documentary and highlighted the evening’s partnership with UNICEF who target funding at this issue.

Councillor Seamus Hanafin was on hand to show his support for the fundraising initiative and to express solidarity with the Syrian families resettled in Thurles under the Refugee Resettlement Programme. He recognised the bonds that had developed over the last year and the generosity and community of Thurles residents in welcoming these families into life and activities within the town, specifically acknowledging the Lions Club, the Thurles Men’s Shed, the Women’s Group and the Tipperary Centre for Independent Living.

The main event, a reading by Donal Ryan was introduced by Ghassan Khalouf, expressing his surprise on realising that an Irish man and specifically a Tipperary man had written a story set in Syria. No surprise however that it featured hurling! Donal reading, ‘The Long Puck’ from A Slanting of the Sun was a treat, with “call a howlt” & “I’d ate shtones I’m so hungry” he delivered laughter but the story was rich with pathos too.

His words presented a tale of everyday life and friendships coming unstuck under the pressure of war. Afterwards, questions on the challenge of conveying a complex political situation through fiction were handled by Donal with great humility, revealing an empathetic understanding for ordinary people caught up in conflict.

Later over coffee and tea, a hum of chatter was heard amongst people from Thurles, Ballycahill, Moyne, Templederry and all the villages around together with members of the Syrian community, with everyone enjoying Peggy Ryan’s apple tart and Abdalkarim and Salwa Askar’s baklava.

We don’t know yet how much was raised for children’s education in Syria, the collection boxes have been returned to UNICEF to be counted but the evening highlighted the ongoing situation in Syria and for Syrian people. Importantly, the evening also provided a lovely opportunity for Syrian and Irish neighbours to meet with the wonderful team and facilities at The Source, making it all possible. For information on the Refugee Resettlement Project or or to get involved, please contact Sally Daly, NTLP: sdaly@ntlp.ie/0874143493