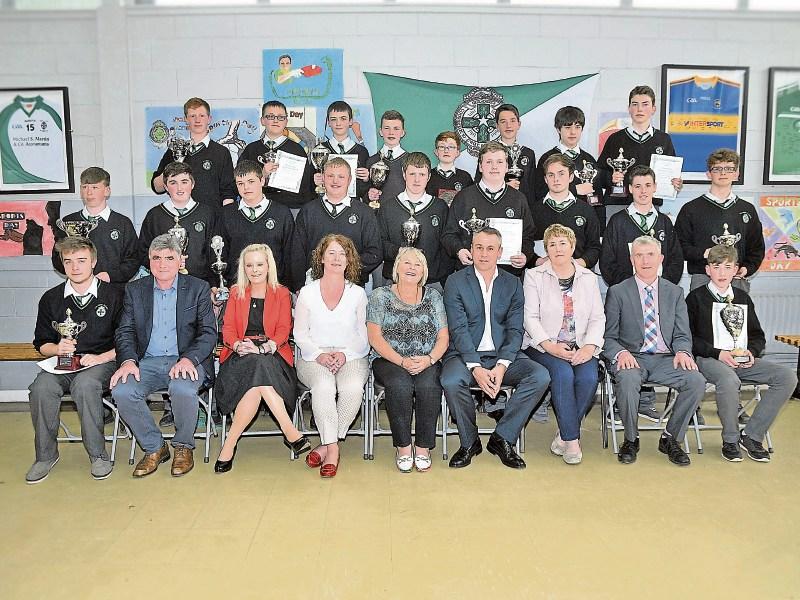 International rugby referee and past pupil John Lacey, presented pupils at The Abbey with their annual merit awards 2016 recently.

In a wonderfully choreographed ceremony interspersed by music, poetry and speakers John Lacey gave the keynote address.He challenged the boys to be the best that they can be in life and to take the award they were receiving and look to the future with confidence and vigour to be even better.

John, who works with Munster IRFU , asked them to be humble and hardworking and to be the spirit of the Abbey.

Mrs. Marie Collison spoke on behalf of the Parent Council who sponsored the awards in conjunction with Tipperary Credit Union. She compared the student’s impact on the school community to that of the great Canon Hayes who was instrumental in the founding of the Canon Hayes Sports and Recreation Centre in the town as well as the founding of Muintir na Tíre which is still thriving today.

Mr. Kiely,Abbey Principal congratulated the student’s and their parents on their wonderful achievements and he expressed his thanks to everyone who had helped make the afternoon so special for all concerned in particular Mr. John Lacey who presented the awards.

Shane McGrath – Shane was one of only 24 students in the country who got 625 Points in the Leaving Certificate last year and Shane will study in NUI Galway next year.

Courage and Resilience in Adversity;