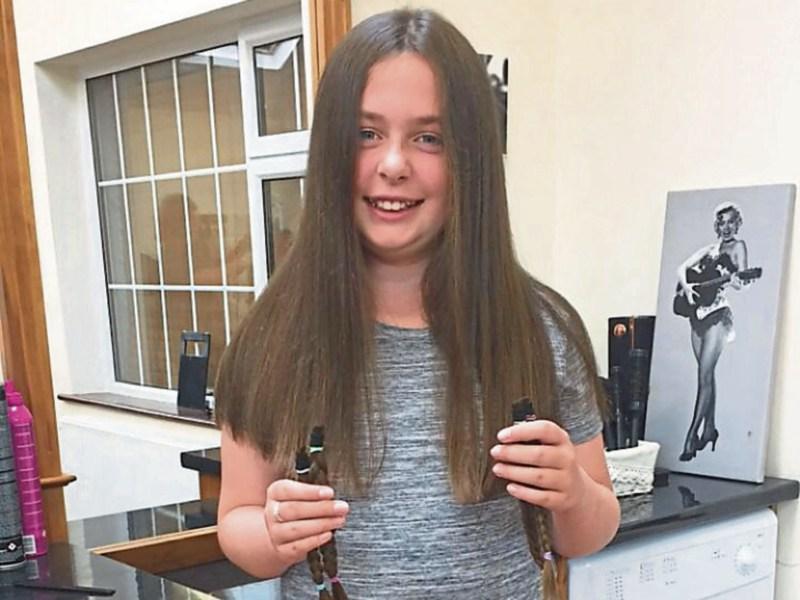 An 11 year old girl from Castleiney has kindly donated her hair to charity for a second time.

Caoimhe Tracey donated eight inches of her hair to the Little Princess Trust charity where it will be used to create real hair wigs for other children who are suffering from hair loss.

This is the second time the Castleiney N.S. pupil has made such a donation - she had nine inches of her hair cut for the charity in 2013.

Caoimhe's mum Roisin says the entire family are "bursting with pride" at their daughter's selfless act as well as her dedication to ensuring her hair is kept in top condition throughout the year .

“She considers herself to be a 'hair minder'- just looking after it until it's time to give it away,” explains proud mum Roisin.

And Caoimhe, who fittingly starred as Rapunzel in a play earlier this year, says she has already decided to grow her hair long again and donate more after her Confirmation next year.

“She saw a programme on TV about a young girl who had lost her hair due to cancer and decided she wanted to do something to help”.

“She's a great girl and we're all so proud of her,” added her mum.