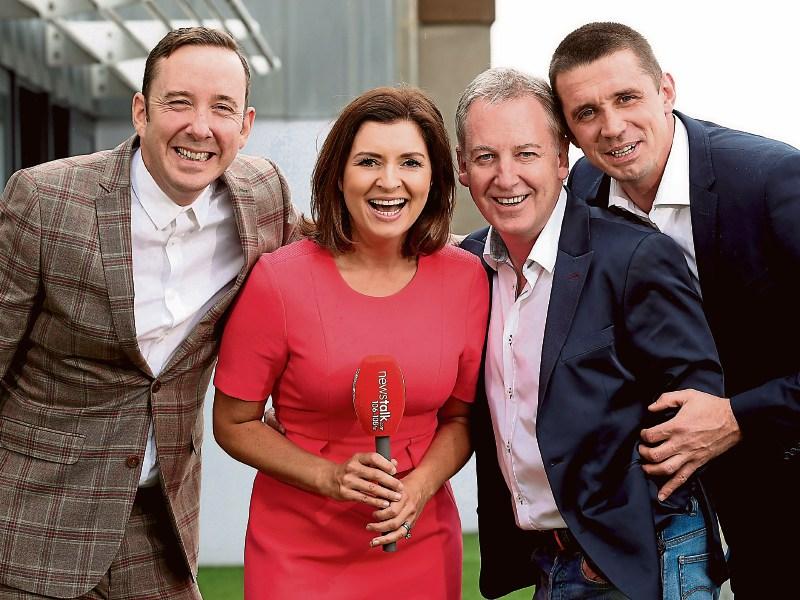 Tipperary duo Colette Fitzpatrick and Alan Quinlan are to spearhead a new breakfast programme on Newstalk radio following a shake-up of the stations schedule.

Colette Fitzpatrick, from Holycross has been with TV3 for a number of years now where she hosted a number of programmes, while rugby star Quinlan, a native of Tipperary town, has worked extensively in the sports commentary sector

Existing Newstalk presenter Shane Coleman, skilled TV3 news broadcaster Colette Fitzpatrick -who has built up a loyal following with her Newstalk show on Sunday - and Paul Williams, one of Ireland’s most well-known journalists at INM Media will anchor Newstalk’s new Breakfast Show. The team will work on a rotating schedule, bringing extensive media experience and a compelling mix of opinions, wit and insights to Ireland’s current affairs issues. Business Editor Vincent Wall will continue his successful 6.30am - 7am show as well as providing business updates throughout the day. One of Ireland’s most popular sports personalities, Alan Quinlan will enhance the station’s already strong sports coverage throughout the morning schedule with regular sports updates and reports.

Veteran broadcaster Pat Kenny will start his show at 9am, going on air with a longer programme until 12pm, reflecting listener demand for a move from the current affairs breakfast format to a talk show at an earlier time. Pat’s national appeal and his ability to get to the heart of issues will continue to be at the fore of his show.

Newstalk stalwart George Hook will take on a new lunchtime slot, from 12-2pm, with a brand new midday show offering a unique point of difference for lunchtime listeners. Joining George will be some of his popular regular contributors including Dr. Ciara Kelly, all of whom have helped make The Right Hook the success it is today.

The Moncrieff show will move to a new afternoon slot, anchored by the popular Sean Moncrieff where listeners can join in the show’s lively mix of conversation and diverse topics from around the world.

Acclaimed Breakfast presenter Chris Donoghue will now co-anchor a brand new Drive programme where he’ll be joined by Sarah McInerney, political correspondent with The Sunday Times. Starting on air at the earlier time of 4pm, this fast-paced news and talk show will feature a lively mix of energetic debate on the day’s issues, business and technology updates, plus entertainment on movies, travel and tech with contributors from Newstalk’s Tom Dunne and Henry McKean. The ever popular Off the Ball team will join the new Drive duo from 6.30pm and regularly feed in before the programme starts at its usual time of 7pm.