No place in Rio but a hero's welcome home for Gardiner 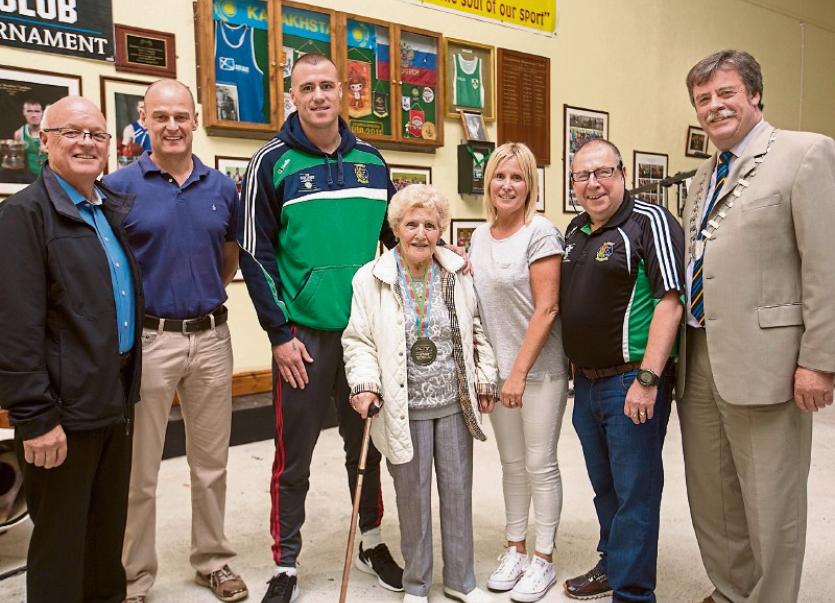 Clonmel boxer Dean Gardiner may have missed out on a place at the Olympic Games but he received a hero's welcome back to his home town following his silver medal at the qualifiers in Baku.

Unfortunately for Dean only the gold medal winner in the super heavy class in the Azeri capital qualified for August's Olympics.

Dean recorded a last 16 win against Satir Kumar, India; he then beat the favourite for gold, Viktor Vychryst, Ukraine by a unanimous decision in the quarter final and he won another unanimous decision against Alexei Zavatin, Moldova in the semi final.

However he lost out in the final to Guido Vianello, Italy, after an admirable display. Club chairman and head coach Martin Fennessy spoke about Dean's achievements and he presented Dean with a club tracksuit to mark the occasion.