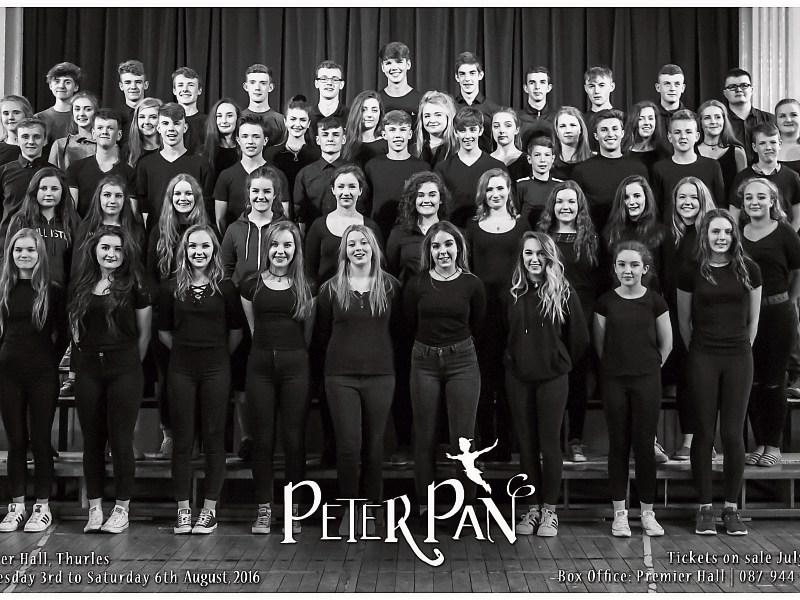 Phoenix Productions is delighted to present their 2016 summer production of the magnificent ‘Peter Pan’ - Stiles and Drewe’s magical musical adventure.

‘Peter Pan’ tells the story of its’ namesake, the boy who never grows up. Featuring Pirates, Lost Boys of Neverland and Mermaids, this musical will fly you away to a world full of adventure.

‘Peter Pan’ marks Phoenix Productions’ 18th musical since they began in 1998 performing traditional classics such as ‘Seven Brides for Seven Brothers’, ‘Oliver’ and ‘The Wiz’ as well as Broadway blockbuster hits such as ‘Les Miserables’, ‘The Phantom of the Opera’, ‘West Side Story’ and last year’s successful production of ‘Beauty and the Beauty’.

With a cast of over 60 young and talented teenagers guided by a professional production team you are in for a treat as you follow the adventures of Captain Hook, Peter Pan, Wendy and the Crocodile that swallowed an alarm clock.

And the Production Team which has been working so hard with the cast features:

This really is a wonderful opportunity for you to see a magnificent show in your local theatre, featuring local teenagers. Phoenix Productions has been to the forefront in promoting musical theatre amongst the youth of the locality and together with the schools of the area, they have infused a love of, and proficiency in, stagecraft amongst participants. The fruits of their efforts will be see in The Premier Hall. Make sure you are there to cheer them on. Book your tickets now.