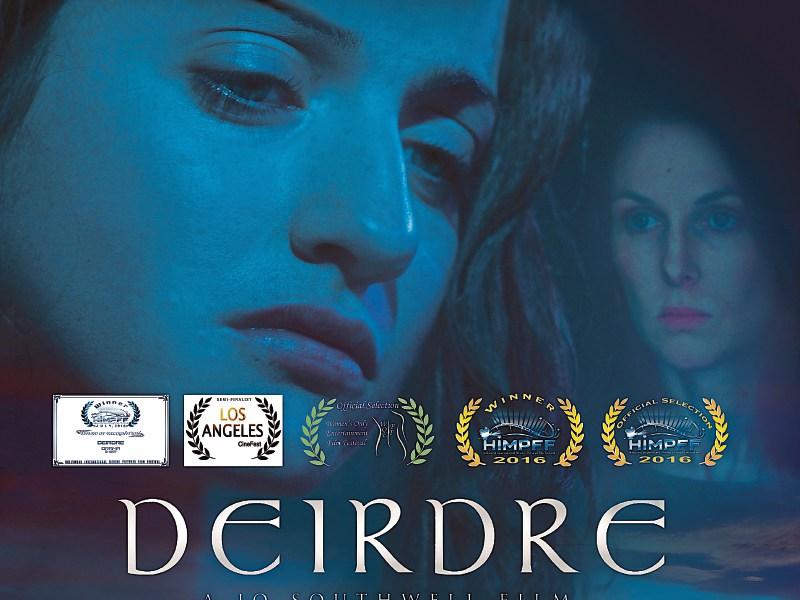 In June 2015, Jo Southwell daughter of Hanora Kelly from Templederry returned to Nenagh to shoot a short film called DEIRDRE. This film is the first step to the production of a full length Irish feature film, which Jo would like to shoot locally. Locations all around Nenagh were used to create this dark love story starring India Mullen (RED ROCK), Sean Doyle (Fair City), Zeb Moore (The Quiet Hour) and Elaine Fox.

Jo Southwell began her career as an actress having worked in Limerick, Dublin and London. Her drive to create features led her to write her first short film in 2012 (Holding On) which received international acclaim. Other films directed & written by Jo include COVER ME - a dark urban tale which has recently been selected for The British Urban Film Festival a prestigious event hosted with Channel 4 and BBC Films.

Last month DEIRDRE began its submissions to the festival circuit and has already been selected by the Hollywood International Moving Films Pictures Film Festival.

Jo would like to invite all the cast, crew and those who helped make this film possible to attend the public screenings on Saturday 12th August at The Arts Centre, Nenagh. There are two times : 3pm and 7pm (FREE)

Jo would also like to invite those local companies who have an interest in the production of the feature film to attend the press night on Friday 11th August at The Abbey Court Hotel.

For further information go to www.josouthwell.com