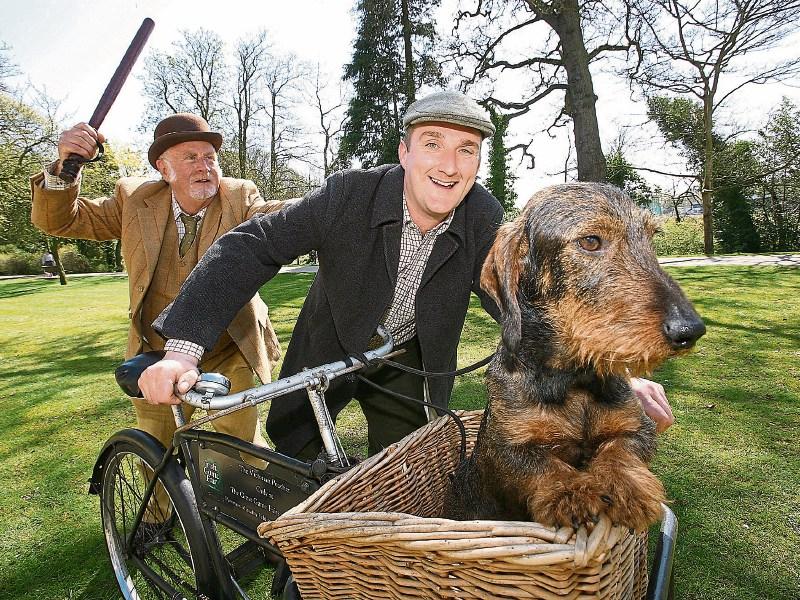 Over a century ago, one type of person made their living by keeping a wary eye out for the local village constable and the gamekeeper. Every rural county had at least one of these rogues — the poacher — who caused no end of trouble.

And Birr Game Fair has its very own rascal — the Victorian Poacher - unafraid of the law, he’s out poaching on a ‘shiny night’ in an effort to put food on the table, or maybe even make a shilling in the process. And he’s here to show you how it’s done!

Fair Director Albert Titterington has this week announced that Donegal’s Steven McGonigal is keeping the traditional skills of the poacher alive with a unique act at the Irish Game & Country Fair at Birr Castle, Co Offaly on 27th & 28th August - but now a hard faced gamekeeper is getting in on the act.Albert Titterington said: “Steven will demonstrate the almost forgotten skills of long-netting with the help of his amazing poacher’s dog, as he showcases many of the poacher’s long lost practices in the pursuit of game.

“But what he doesn't realise is that he now has a very dangerous adversary to contend with — none other than ‘Fast Hands Eddie Dash,' the new Birr Castle gamekeeper who does not take kindly to poachers.”Dressed in period costume like the poacher, Eddie is a bucolic, no nonsense and bewhiskered keeper. Known as 'Fast Hands’ Eddie, for his fame as bare knuckle fighter in his youth and for the fact that not only did he pack a fearsome punch in either hand but the punch was so fast that opponents didn't see it coming.

And ‘Fast Hands Eddie’ is still rather fond of delivering rough justice for caught poaching on his patch!

Albert Titterington added: “What will happen when they cross each other’s path at the Fair?

Will the former Bareknuckle Champion finally end the career of the elusive poacher at Birr Castle?

Can the Victorian Poacher still ply his wily ways? Will this be the poacher be off to jail — or worse?

“All will be revealed at the Irish Game & Country Fair at Birr on 27th & 28th August. Make sure you don't miss it!” “Some people may have caught the Victorian Poacher briefly at Nenagh Show recently — now there’s an unmissable change to see this unique act in full — with Fast Hands Eddie, at Birr.”